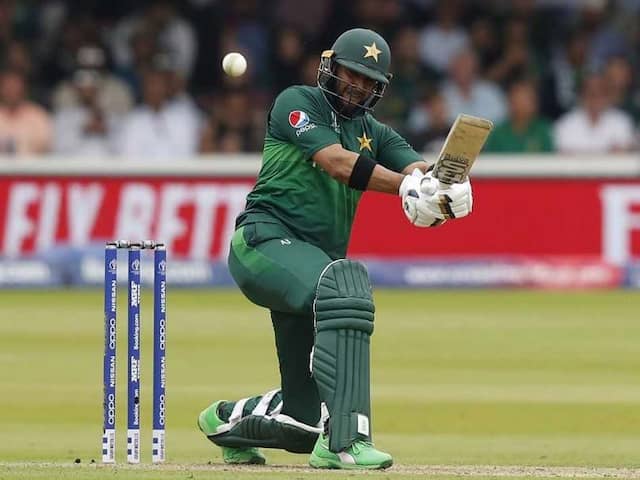 PAK vs AFG Highlights: Imad Wasim brought Pakistan back from the dead with a fine knock.© AFP

Pakistan avoided a huge shock to keep their chances of reaching the semi-finals of the World Cup 2019 alive with a nervy three-wicket win over Afghanistan in Leeds on Saturday. Afghanistan looked on course for their first victory of the tournament as Pakistan fell to 156 for six chasing a total of 228, but 49 not out from Imad Wasim saw the 1992 champions over the line with two balls to spare. Earlier, Afghanistan off-spinner Mohammad Nabi took two quick wickets to slow Pakistan's progress in the World Cup match at Headingley on Saturday. A third straight victory for Pakistan would see them leapfrog England and move into fourth place in the 10-team table after a poor start to the tournament. Afghanistan managed 227 for nine in their 50 overs and Pakistan, who have never lost a one-day international to their neighbours, were cruising at 72-1 in reply. But Nabi struck with the last ball of the 16th over when he lured Imam-ul-Haq from the crease and had the left-hander stumped by Ikram Alikhil for 36. In his next over he bowled Pakistan's in-form Babar Azam, who departed after scoring an attractive 51-ball 45. Babar and Imam had steadied the ship after Pakistan lost opener Fakhar Zaman for a duck off the second ball of the innings, trapped leg-before by spinner Mujeeb Ur Rahman. (SCORECARD)

Afghanistan World Cup 2019 Pakistan vs Afghanistan, Match 36 Cricket
Get the latest Cricket news, check out the India cricket schedule, Cricket live score . Like us on Facebook or follow us on Twitter for more sports updates. You can also download the NDTV Cricket app for Android or iOS.