Pakistan lost to Australia by 41 runs in their 4th match of the ongoing World Cup 2019. 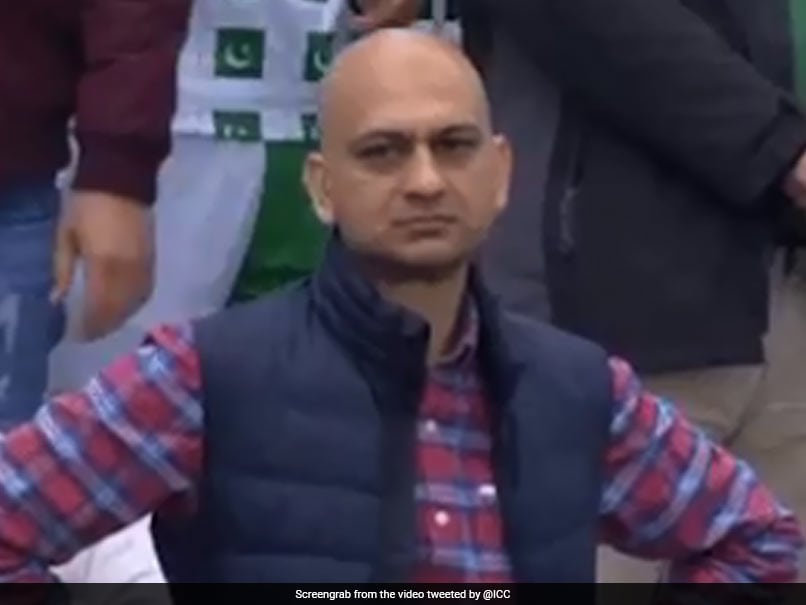 Pakistan lost three wickets for just 11 runs during their chase against Australia.© Twitter

Pakistan once again failed in a run chase as they lost to Australia by 41 runs in Taunton on Wednesday. Mohammad Amir brought Pakistan into the game after David Warner and Aaron Finch gave Australia a solid start. Amir took five wickets for just 30 runs in his quota of 10 overs. However, it was the Pakistan batting that let them down again. At one stage Pakistan were 136/2 but then they lost three wickets for just 11 runs that cost them the match. During their chase, a Pakistani fan was seen glaring at his team for their poor show on the field. Twitterati were quick to take notice of this fan and there were a number of memes circulating on social media in no time.

Even the ICC's Twitter handle shared a picture of this fan showing his frustration towards Pakistan's batting collapse.

Cricket fanatics did not spare him and there were multiple memes shared across social media.

Two disappointed Pakistan cricket fans looking at each other pic.twitter.com/bKXEH2BZFB

Pakistan batsman giving away their wickets in a poor way

In the game, David Warner scored his 15th One-day International (ODI) hundred to power Australia to their third victory of the World Cup 2019. Pakistan's lower order did show some fight but Mitchell Starc cleaned up the tail by taking two wickets in his final over.

Warner was adjudged man of the match for his knock of 107. Pakistan will need to get their act right as quickly as possible, because their next fixture is against India on Sunday.

Pakistan Cricket Team Cricket Australia vs Pakistan, Match 17 World Cup 2019
Get the latest updates on T20 World Cup, check out the T20 World Cup Schedule and Live Score . Like us on Facebook or follow us on Twitter for more sports updates. You can also download the NDTV Cricket app for Android or iOS.