New Zealand skipper Kane Williamson had also said that it was a "real shame" that the World Cup final was decided in such a way. 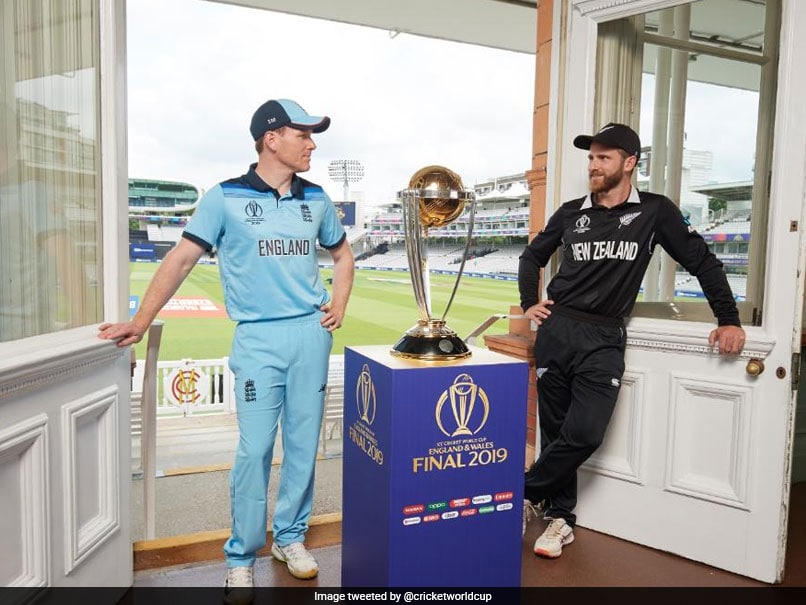 New Zealand lost the World Cup 2019 to England at Lord's on Sunday.© Twitter

England were crowned the World Cup 2019 champions despite having tied the scores of both the final match and the Super Over with New Zealand at Lords on Sunday. A boundary-count tie-breaker rule, set by the International Cricket Council (ICC), gave an advantage to England. While many cricketers and fans criticised the ICC's rule and asked for its review, New Zealand head coach Gary Stead said the international council should have considered sharing the World Cup in case of a tie.

Asked during a media interaction at the team hotel whether he would have preferred New Zealand being declared joint winners, Stead was open to the suggestion. "Perhaps when you play over a seven-week period and can't be separated on the final day, that is something should be considered as well," ESPNcricinfo quoted Stead as saying.

"But again that's one consideration over a whole lot of things that went on over the World Cup. Everything will be reviewed, and I think that it's a good time to do it now. But probably just let the dust settle for a while."

On Sunday, two dramatic run-outs in the final over of England's innings took the game into a Super Over with the scores tied on 241 after the end of 50 overs against New Zealand. However, with the Super Over also ending in a tie, the winner of the showpiece event was decided by the number of boundaries scored.

England scored 26 boundaries in total in the entire duration of the match as compared to 17 by the Black Caps and were thus crowned as champions.

Craig McMillan, New Zealand's batting coach, believed that sharing the trophy would have been the "right thing" to do.

"It is not going to change yesterday's result. But what is probably fair to say at the end of seven weeks in a big tournament like this, when you have two teams can't be separated after a 50-over match and then a Super Over and neither team did actually lose in many ways in terms of runs scored," said McMillan.

"Then perhaps sharing the trophy would be the right thing to do. It wasn't to be yesterday, which we all are disappointed with. But it is sport and those were the rules."

Earlier, many former cricketers like Gautam Gambhir, Dean Jones, Brett Lee, Yuvraj Singh and others criticised the ICC for the boundary rule.

Both Stead and McMillan were confident the ICC would review whether the Super Over was indeed the best way to deal with the scenario like a tie in a World Cup final.

"Small margin this, isn't it? I don't know that rule to be perfectly honest. I have played a lot of games of cricket, watched a lot of cricket -- overthrows have just been added to what has been run as opposed to the point of the throw coming in. So, again, it will be something that will be something debated, discussed, but again it doesn't change the result," said McMillan.

Speaking after the match, New Zealand skipper Kane Williamson had also said that it was a "real shame" that the final of the showpiece event was decided in such a way.

Lord's, London World Cup 2019 Cricket New Zealand vs England, Final
Get the latest updates on India vs South Africa and check out  Schedule, Results and Live Score. Like us on Facebook or follow us on Twitter for more sports updates. You can also download the NDTV Cricket app for Android or iOS.