Eoin Morgan has made England the most-feared ODI side since an embarrassingly early exit in 2015 while Kane Williamson has built on the legacy of Brendon McCullum. 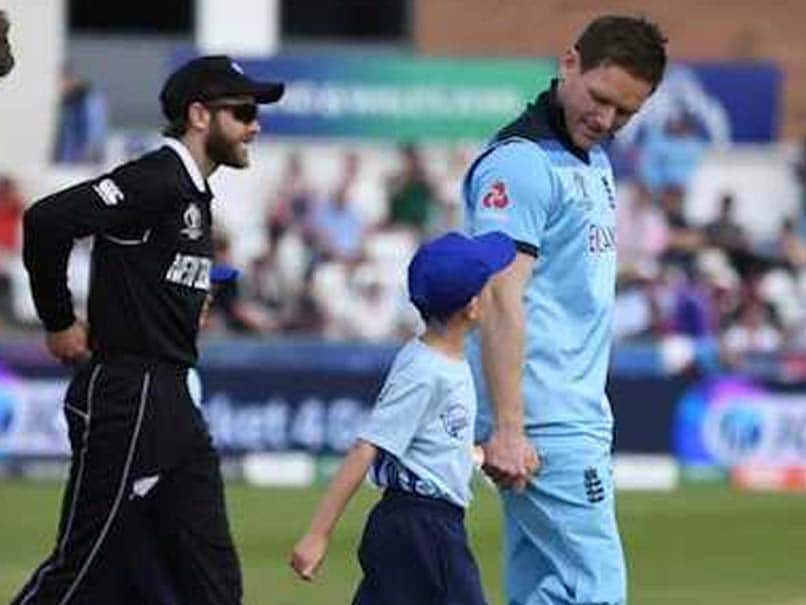 Eoin Morgan and Kane Williamson will go head to head in a bid to win a first Cricket World Cup title for their countries on Sunday. Hosts England are firm favourites in the World Cup 2019 final but New Zealand cannot be counted out, having ended India's bid in the semi-finals. Former New Zealand skipper Daniel Vettori lavished praise on Eoin Morgan and Kane Williamson saying it is fitting to see the two "really great leaders" in action at the biggest stage of them all.

Morgan has made England the most-feared one-day international side since an embarrassingly early exit in 2015 while Williamson has built on the legacy of Brendon McCullum, whose team were losing finalists four years ago.

"It's a chance to watch two really great leaders," Vettori wrote in a column for the International Cricket Council.

"Kane inherited from Brendon McCullum and put his stamp on things -- he and Morgan lead in a similar way, they read the game exceptionally well and you enjoy sitting back and watching them."

Vettori said both captains had the ability to think on their feet and had been at their best in the semi-finals.

"Both will admit that you become a good captain when you have a good bowling attack, which they both have, but they'll utilise that group in the best way they can," he added.

"These two have probably been the best captains in this tournament and it's fitting to see them face each other in the final."

Vettori believes New Zealand's experience of playing in the 2015 final will be valuable against the in-form hosts.

"Williamson, (Ross) Taylor and Martin Guptill were there in 2015, so to have three of the top four batters knowing what it's like is really key, particularly with the experience they possess," he said.

"They can replay what they went through four years ago, the emotion and experience is unique, and there are very few people who get to play in back-to-back World Cup finals."

Daniel Vettori World Cup 2019 New Zealand vs England, Final Cricket
Get the latest updates on Fifa Worldcup 2022 and check out  Fifa World Cup Schedule, Stats and Live Cricket Score. Like us on Facebook or follow us on Twitter for more sports updates. You can also download the NDTV Cricket app for Android or iOS.