MS Dhoni and Kedar Jadhav could add only 39 runs in the final five overs of the India vs England World Cup 2019 match on Sunday, as India went down by 31 runs. 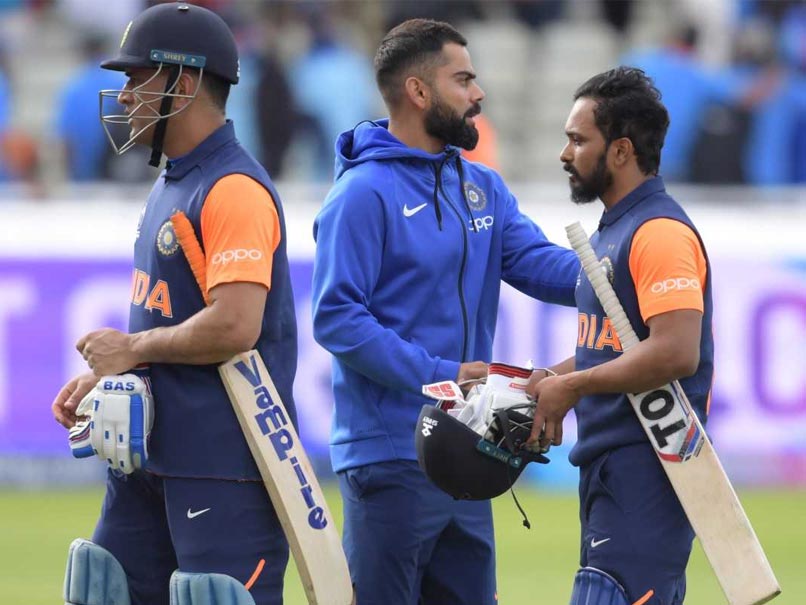 MS Dhoni and Kedar Jadhav were severely criticised for their "lack of intent" in India's big chase against England in the World Cup 2019 match on Sunday. MS Dhoni and Kedar Jadhav forged an unbeaten 39-run stand for the sixth wicket but failed to help India chase down the target of 338 runs. In the final five overs, India needed 71 runs to win at a required run rate over 14 runs per over. But neither Dhoni or Jadhav could step up to the occasion and find the boundaries regularly as they dealt mostly in singles and dot balls, with the required run rate mounting. India lost the match by 31 runs with the duo managing to add only 39 runs in the final five overs.

Check out some of the comments here:

Disappointing finish. A run-a-ball partnership can't win games. Was exciting till Pandya was in.

"I dont have explaination for these singles" - Ganguly#INDvENG #Dhoni

If there was any team that had the ability to stop India's winning run. It was England. Dhoni's approach in the last few overs however was baffling.

Tendulkar was critical of MS Dhoni's 52-ball 28 runs which slowed the run-rate for India. He also suggested MS Dhoni's partnership with Kedar Jadhav was slow and they lacked positive intent.

With India set to take on Bangladesh on Tuesday, Kohli might opt to bring in some changes in his middle order.

Kedar Jadhav World Cup 2019 Cricket
Get the latest updates on ICC T20 Worldcup 2022, check out the Schedule and Live Score. Like us on Facebook or follow us on Twitter for more sports updates. You can also download the NDTV Cricket app for Android or iOS.