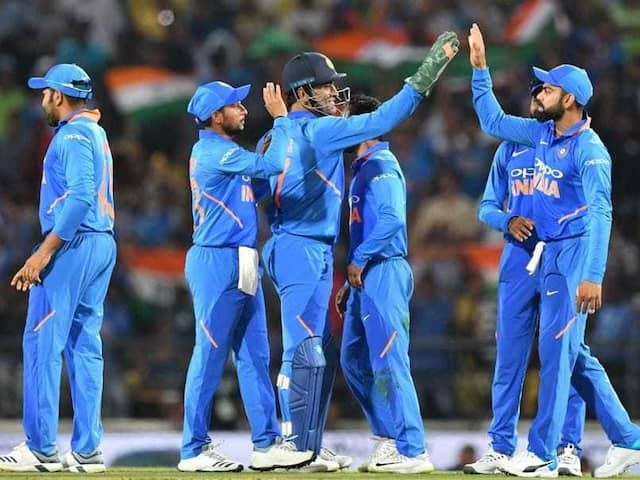 Former captain Mohammed Azharuddin Tuesday described India's World Cup squad a balanced one and said any result less than the coveted trophy would be seen as a disappointment for the two-time champions. The World Cup gets underway in the United Kingdom from May 30. India won the big prize in 1983 and 2011."India have a very good chance (in the World Cup) because we have got a very balanced side. We have got good bowlers, good batsmen and then our fielding is very good (and has) improved a lot over a period of time," Azharuddin said.

India begin their World Cup campaign on June 5 against South Africa at Southampton.

"I would be disappointed if India doesn't win the World Cup and I'm hoping that we will bring the Cup," he said. Azhar, who led India in three World Cups (1992, 1996 and 1999), also felt not much should be read into Kohli's poor run as captain of Royal Challengers Bangalore in the IPL. RCB were knocked out at the league stage.

"Ups and downs happen in life. But looking at his records and statistics, there is no need to worry. I feel he (Kohli) would have saved his best for the World Cup," said the former batsman, who scored over 9,000 runs in 334 One Day Internationals

India Cricket Team Mohammad Azharuddin World Cup 2019 Cricket
Get the latest updates on IPL 2020, check out the IPL Schedule for 2020 and Indian Premier League (IPL) Cricket live score . Like us on Facebook or follow us on Twitter for more sports updates. You can also download the NDTV Cricket app for Android or iOS.