Mohammad Shahzad was ruled out of World Cup 2019 ahead of the encounter against New Zealand following a knee injury that he sustained during a practice match against Pakistan. 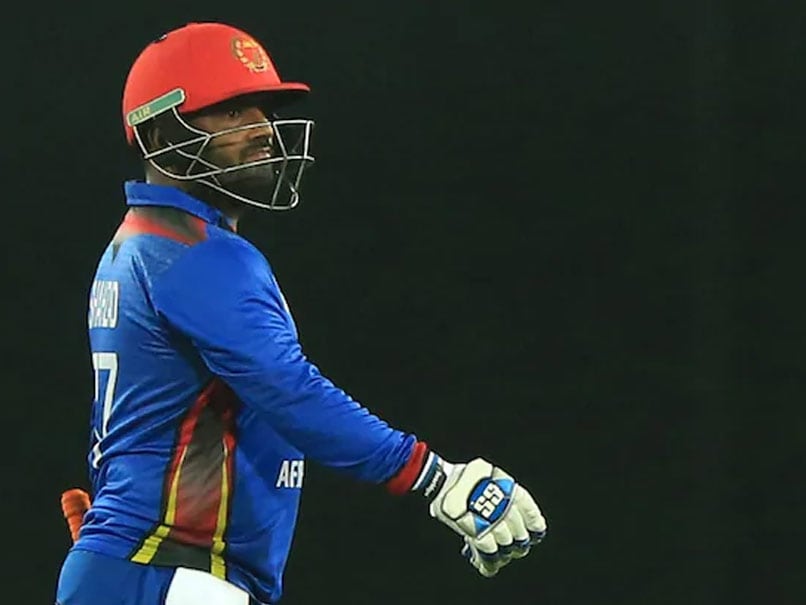 Afghanistan's wicket-keeper batsman Mohammad Shahzad has alleged that the Afghanistan Cricket Board (ACB) has conspired to leave him from the World Cup 2019 squad even though he is fit to carry on in the tournament. Shahzad was ruled out of the World Cup following a knee injury. The 31-year-old was retired hurt after sustaining a knee injury during the practice game against Pakistan. However, he featured in the first two games against Australia and Sri Lanka. The opening batsman failed to get amongst the runs, he scored a duck against the Aussies and could only manage seven runs against Sri Lanka while chasing a modest total of 187in 41 overs in a rain-affected encounter.

"I still don't know why I was ruled unfit when I was fit enough to play. Some people in the board (ACB) have conspired against me. Only manager, doctor and the captain knew that I was going to be replaced. Even the coach (Phil Simmons) found out much later. It was heart-breaking," Shahzad, 32, told PTI from Kabul.

The explosive opener told the media that after finishing the training before the match against New Zealand, he got to know about his exclusion over phone.

"I had finished my training (ahead of the New Zealand game) and only after I checked my phone, I found out that I have been ruled out of the World Cup due to a knee injury. None of the players in the team bus knew about it and just like me, they were in shock (at the news)," said the explosive opener.

Apart from Najibullah Zadran (51 and 43) and Rahmat Shah (43 and 2), every other Afghanistan batsman failed drastically in the first couple of games.

Afghanistan ended up losing both the games before going down to New Zealand in their third match of the tournamenton Saturday.

Afghanistan's captain Gulbadin Naib had called Shahzad's being ruled out a big loss but said that the batsman was struggling with his knee for the last two-three weeks and they were forced to call in teenager Ikram Ali Khil as his replacement.

Asked to comment on Shahzad's startling claims, ACB CEO Asadullah Khan mentioned that opening batsman was unfit indeed and hence he was unable to give his best on the field.

"What he is saying is completely wrong. A proper medical report to the ICC was submitted and then only his replacement was announced. The team could not have fielded an unfit player. I understand he is upset at not being part of World Cup anymore but the team could not have compromised on his fitness," Asadullah Khan told media.

Shahzad admitted that his knee was in bad shape after the Pakistan game but he was fine after resting for three days.

"I have had knee issues for a while now but it gets fine with a little bit of icing. I took proper rest after the Pakistan warm-up and was fit to play again and I did come back to play the first two games and was looking forward to the New Zealand game until I received the shocking news from my manager," Shahzad added.

Afghanistan Mohammad Shahzad World Cup 2019 Cricket
Get the latest updates on India vs Australia and check out  Schedule, Results and Live Score. Like us on Facebook or follow us on Twitter for more sports updates. You can also download the NDTV Cricket app for Android or iOS.