The medical team of Cricket South Africa was being "extra cautious" in handling Kagiso Rabada's workload because of his history with back injuries. 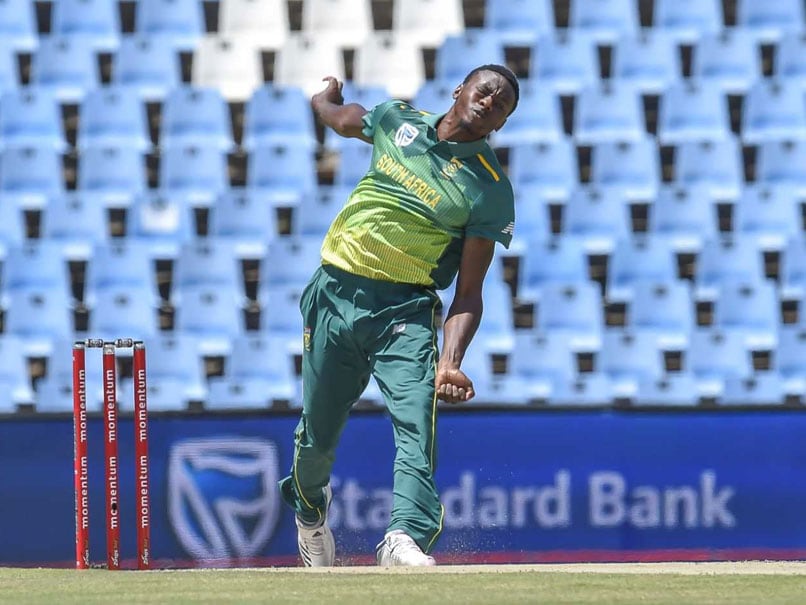 South African fast bowler Kagiso Rabada is expected to make a full recovery from the injury that had ruled him out from the playoff stage of IPL 2019. Rabada was instrumental in helping the Delhi Capitals (DC) reach the IPL playoffs for the first time since 2012, taking 25 wickets in 12 matches. His best figures in IPL 2019 were 4/21 against the Royal Challengers Bangalore (RCB). However, his IPL stint was cut short at a crucial juncture for Delhi Capitals as he had to return to South Africa to begin his recovery for the 2019 World Cup.

South African team doctor Mohammed Moosajee said that the medical team of Cricket South Africa (CSA) was being "extra cautious" in handling Kagiso Rabada's workload because of his history with back injuries.

In a statement issued by CSA, Moosajee had said, "With KG (Rabada), we are extra cautious because of two reasons. He had a back issue that kept him out of the game for a protracted amount of time. Secondly, there's his importance in the squad, so we're managing his rehab and his return to play very carefully. The anticipated recovery period for KG's injury is two to three weeks and we are hopeful he'll make a full recovery to be part of the World Cup squad."

Other members of the squad representing South Africa that have reportedly been injured are Dale Steyn, who had a shoulder injury whilst representing RCB in the IPL, and Lungi Ngidi who suffered a side strain during the ODI series against Sri Lanka.

Moosajee has stated, "The selectors have ensured they have enough options on the table but there are some players that have been earmarked as standby players."

South Africa's World Cup squad will assemble in Pretoria for a preparatory camp that will go on for a week, before departing for the quadrennial tournament on May 19.

South Africa will play two warm-up matches against Sri Lanka and the Windies on May 24 and May 26 respectively. They begin their World Cup campaign against England in the inaugural match on May 30 at The Oval in London.

South Africa Cricket Team Kagiso Rabada World Cup 2019 Cricket
Get the latest updates on Fifa Worldcup 2022 and check out  Fifa World Cup Schedule, Stats and Live Cricket Score. Like us on Facebook or follow us on Twitter for more sports updates. You can also download the NDTV Cricket app for Android or iOS.