IPL 2019: Kagiso Rabada Ruled Out For The Rest Of The Season By Delhi Capitals

Kagiso Rabada is suffering from a back niggle that will keep him out of the rest of IPL 2019. 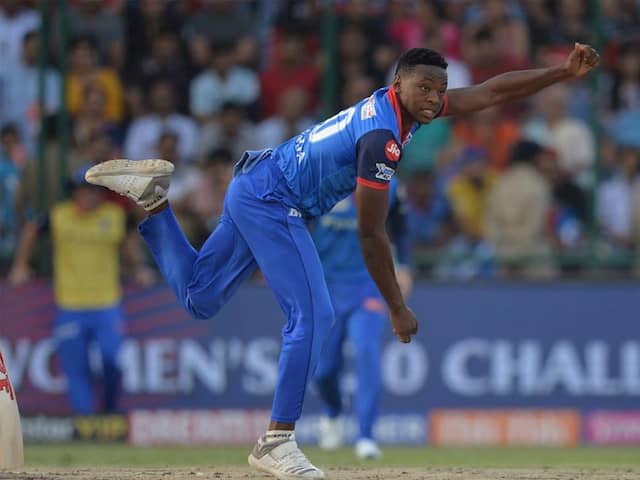 Kagiso Rabada has been ruled out for the rest of IPL 2019 due to a back injury.© AFP

Kagiso Rabada has been ruled out for the rest of IPL 2019 due to back niggle that he has been struggling from over the past couple of days. A release from Rabada's IPL franchise, Delhi Capitals said on Friday that Rabada had been advised by Cricket South Africa (CSA) to return to his home country and take some rest as a protective move. Rabada is a part of the 15-member South African squad for the ICC World Cup 2019.

"It is indeed very hard for me to leave the Delhi Capitals at this stage of the tournament," Rabada said in the release.

"But with the World Cup just a month away, a collective decision has been made for me in this regard. It's been a tremendous season for me with the Delhi Capitals, both on and off the field, and I truly believe that our team can win the trophy."

The 23-year-old pacer has scalped 25 wickets in 12 matches for Delhi Capitals in this edition of the IPL and has been instrumental in helping the Delhi-based franchise to reach the IPL playoffs for the first time in six years.

Delhi Capitals Head Coach Ricky Ponting said, "It's unfortunate that Rabada is having to leave us at this stage of the tournament. But I have full confidence in our team, and I'm sure each and every member of this unit will step up to the occasion."

Delhi Capitals play their last match before the IPL playoffs against the Rajasthan Royals at the Feroz Shah Kotla Stadium on May 4.