India and the West Indies share a long history of One-day International rivalry and the head-to-head is pretty close, though India have the 1983 World Cup final to boast. 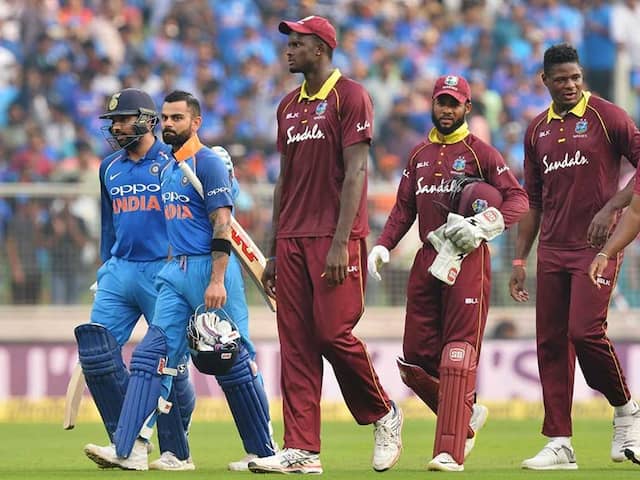 India's arrival as a One-day International (ODI) superpower had its genesis in their famous 1983 World Cup final win over the West Indies, who were two-times champions and were runaway favourites. While India and the West Indies have, since 1979, played well over a 100 ODIs, cricket folklore will always recall that one match, which India will never forget. Nor will the West Indies, for that matter. Immediately after that win, the West Indies had visited India and hammered the hosts 5-0 in an ODI series. But all of that could not repair the immortal damage done at Lord's on June 25, 1983.

Since then, India and the West Indies have been at one another for many series and met in ICC tournaments as well. The teams have had fair exchanges since, though the West Indies still enjoy a slight numerical edge

India are looking to seal off a semi-final berth at World Cup 2019 and a win over the West Indies will boost their chances.

The West Indies, on the other hand, are looking like making an early exit, their fine performance against New Zealand still falling short of giving them two points they desperately needed.

West Indies Cricket Team World Cup 2019 Cricket West Indies vs India, Match 34
Get the latest updates on IPL 2020, check out the IPL Schedule for 2020 and Indian Premier League (IPL) Cricket live score . Like us on Facebook or follow us on Twitter for more sports updates. You can also download the NDTV Cricket app for Android or iOS.