Pakistan Need "A-Plus Performance" If They Are To Beat India, Says Waqar Younis

Waqar Younis believes Pakistan will need an "A-plus" performance if they are to beat arch-rivals India in a high-stakes World Cup match on Sunday. 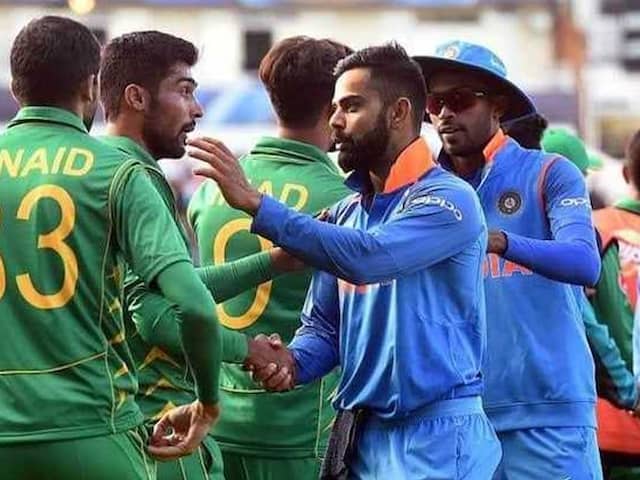 India are third in the World Cup 2019 table while Pakistan languish in eighth spot.© AFP

The India vs Pakistan World Cup 2019 clash in one of the most-anticipated matches in the tournament but India's performance in the recent past will make their overwhelming favourites. The two teams will face each other at Old Trafford in Manchester on Sunday and former Pakistan pacer Waqar Younis feels Pakistan will need an "A-plus performance" if they are to have any chance of beating Team India. India and Pakistan are on different ends of the spectrum in term of performance and also in the World Cup 2019 league-stage standings. India are third in the table courtesy their two wins and a no result (India vs New Zealand game abandonment). Pakistan, on the other hand, are eighth with just a solitary win in four matches played. Their match against Sri Lanka was abandoned, which meant they got a point.

Pakistan's latest defeat was a 41-run loss to defending champions Australia at Taunton on Wednesday.

Although they still have more than half of their group games still to play, Sarfaraz Ahmed's side cannot afford many more slip-ups if they are to finish among the top four that will help them qualify for the semi-finals.

"When Pakistan play India it's always a huge game, but their meeting on Sunday is shaping up to be more crucial than ever," Pakistan fast-bowling great Waqar wrote in a column for the International Cricket Council.

"If Pakistan want to stay in the tournament, they have to bring an A-plus performance and win that game."

"The match has always meant so much to both countries. There will be billions watching the game."

History will be against Pakistan at Old Trafford, with India having won all six previous meetings between the subcontinental cricket giants at the World Cup.

India are also in fine form, with Virat Kohli's side having beaten both South Africa and Australia in their two previous group games before Thursday's no result against New Zealand.

"Pakistan's track record is very mixed, but that's all gone," said Waqar. "That's all history. It's a new game, a new day."

But Waqar said Pakistan could take heart from the last major one-day international tournament in England and Wales, when they lost to India in their opening match of the 2017 Champions Trophy only to bounce back in style to thrash them by 180 runs in the final.

Left-arm quick Mohammed Amir returned career-best figures of 5-30 against Australia on Wednesday as the defending champions were dismissed for 307.

Waqar, who formed a superb new ball-partnership with left-arm pace great Wasim Akram, said Pakistan needed to do more to back up Amir.

"Mohammad Amir didn't get any support from the other end (against Australia).No one really saw the comeback coming and for that, you have to take your hat off to Amir. Full marks to him for the way he bowled.

"Even with the new ball, I thought he bowled quite nicely. He could have picked up more than five wickets in the end. He was unfortunate with a couple of nicks early on.

"Amir bowled superbly. He showed us all his cutters, variations and short-pitched deliveries."

The gifted Amir's career looked finished when he was given a five-year ban and jail sentence for his role in a spot-fixing scam during the 2010 Lord's Test against England.

"I think we all know Amir is mentally very, very strong," said Waqar. "He showed once again that class is permanent -- he is, no doubt, a match-winner."

Sarfaraz Ahmed Waqar Younis World Cup 2019 India vs Pakistan, Match 22 Cricket
Get the latest updates on IPL 2020, check out the IPL Schedule for 2020 and Indian Premier League (IPL) Cricket live score . Like us on Facebook or follow us on Twitter for more sports updates. You can also download the NDTV Cricket app for Android or iOS.