Mohammad Amir is back in form after taking a career best 5-30 against Australia in a losing cause on Wednesday. 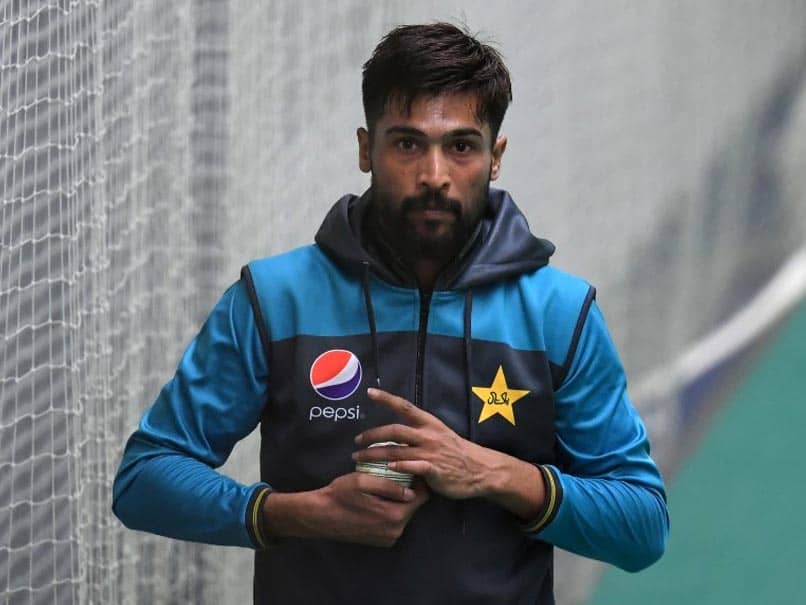 Mohammad Amir said the memory of his late mother will spur him on in the match against India.© AFP

Pakistan pace spearhead Mohammad Amir says the memory of his late mother will spur him on in the much-awaited World Cup 2019 clash against arch-rivals India in Manchester on Sunday. The 27-year-old is back in form after taking a career best 5-30 against Australia in a losing cause on Wednesday following a wretched run that saw him take just five wickets in 14 one-day internationals prior to World Cup 2019. Mohammad Amir said his mother, Naseem Akhtar, who died in March this year, always prayed for his success, wanting him to take five wickets in every match he played.

"My mother will definitely be praying for me from the heavens," Amir told AFP.

"She would always be found before the television and all the time praying for my success and her biggest wish was that I get five wickets, so when I got five I cried and remembered her words."

Pakistan are in a precarious position, with just three points from their opening four games after losing to the West Indies and Australia, surprisingly beating hosts England and seeing their match with Sri Lanka washed out by rain.

There is no need for extra motivation against fierce rivals India, but Amir admits there is even more pressure on Pakistan, given defeat could signal an early end to their chances of reaching the semi-finals.

"The kind of rivalry between Pakistan and India was evident at my home and she always wanted me to come strong against India," recalled Amir of his mother.

"As a cricketer when you hold a bat or a ball and are at a ground then every match is the same. But fans, channels of both the sides, media and now social media create a hype.

"For us cricketers all matches are the same but, yes, our current situation on the points table is putting pressure on us to win this match and progress forward."

Pakistan have lost all six of their previous World Cup clashes with India but can take hope from their Champions Trophy meeting in England just two years ago when Amir helped inspire a resounding 180-run victory.

Amir took 3-16 that day, including the vital wicket of Indian captain Virat Kohli.

"That was a high-pressure game so I learnt from that final. As a strike bowler everyone wanted me to take wickets and on that day I learned how to handle that pressure," said Amir.

Amir's five wickets against Australia lifted his haul to 10 at the World Cup so far and he is relishing his return to form after nearly missing out on selection.

He did not bowl during a bilateral series that Pakistan lost 4-0 to England just before the tournament after missing the last four games with chicken pox.

"I am pumped up after getting wickets against Australia," he said.

"I am happy that wickets have come at the right time. When I was bowling well, even when I was not taking wickets, from captain to coach to bowling coach and my team-mates, everyone supported me.

"I never felt disheartened and my patience paid off."

Virat Kohli World Cup 2019 India vs Pakistan, Match 22 Cricket
Get the latest updates on IPL 2021, IPL Points Table , IPL Schedule 2021 , live score . Like us on Facebook or follow us on Twitter for more sports updates. You can also download the NDTV Cricket app for Android or iOS.