Hardik Pandya said that there will be a lot at stake in the India vs Pakistan World Cup 2019 clash. 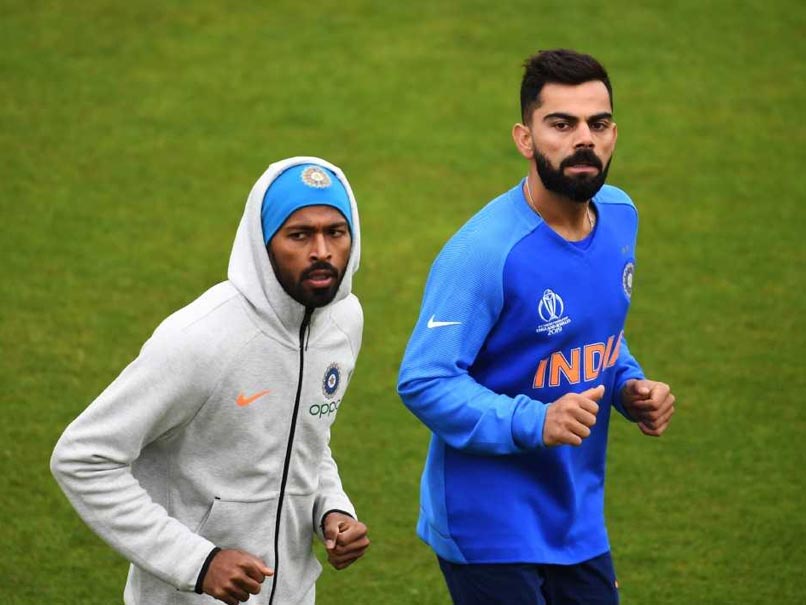 The stage is set for one of the most awaited matches of the World Cup 2019 -- India vs Pakistan to get underway at Old Trafford in Manchester on Sunday. Ahead of the encounter with arch-rivals, India all-rounder Hardik Pandya, calling the clash an exciting challenge, said that it is not just a game as lot of things are always at stake be it emotions, expectations and much more when both teams lock horns with each other. "I know people like to say it is just a game but it won't be a game, it will be a quite exciting challenge and there will be lots of emotions, lots of expectations and lots of everything will be their in that game," Hardik Pandya was quoted as saying in a video clip shared by the official Twitter handle of International Cricket Council (ICC).

Hardik is expecting the fans rushing to the stadium with not a single seat remaining vacant. "It will be a fantastic game and it is going to be jam packed. There won't be one seat or one inch left in the stadium to sit. I just want to go their and enjoy the game," he said.

Indian all-rounder Ravindra Jadeja also spoke about the Ind-Pak clash and admitted that both the teams will be under pressure when they will come out on the field.

The left-handed batsman in a video shared by ICC, said that every India-Pakistan match is a high intensity game and it is not only about winning or losing, it is more than that.

"When we play against Pakistan the intensity is very high . Back home in India, people want us to win against Pakistan no matter what. So that pressure is creating more on us," Jadeja was quoted as saying to ICC.

Former Indian cricketer and commentator Sanjay Manjrekar also shared his views about Indo-Pak cricket rivalry and said that in both the countries the number one sport is cricket and the two nations are on the world map are more because of their cricket, that is why it is a big part of their existence.

"In our times, we played against each other a lot and there would be an inevitable altercation or some kind of needle between the two players,"he added.

There are chances that the rain may play spoilsport in the much-awaited India vs Pakistan World Cup 2019 clash. The marquee tournament has already seen four out of 18 matches played so far abandoned due to rain.

Ravindra Jadeja Sanjay Manjrekar India vs Pakistan, Match 22 Cricket
Get the latest updates on Fifa Worldcup 2022 and check out  Fifa World Cup Schedule, Stats and Live Cricket Score. Like us on Facebook or follow us on Twitter for more sports updates. You can also download the NDTV Cricket app for Android or iOS.