India and New Zealand have had a few face-offs in ICC World Cups and the score is quite close between the two teams. 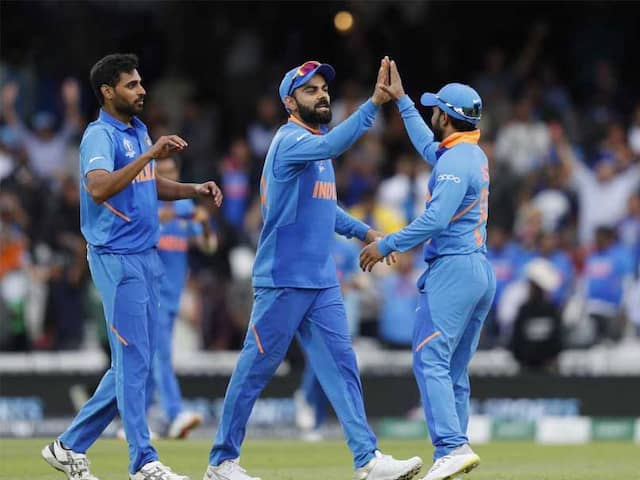 India will look to better their record against New Zealand in World Cup.© AFP

India and New Zealand will play their World Cup 2019 league encounter at Trent Bridge on Thursday, with both teams boasting an all-win record so far. India and New Zealand have met several times in World Cup cricket and it is the Kiwis who enjoy a thin edge in the statistics. As the two teams set up their World Cup 2019 clash, several key players on either side could play a crucial role, especially the Indian batsmen, who have come good against both South Africa and Australia. The New Zealand pace battery, however, may have a thing or two to say about that.

Interestingly, New Zealand have won three games in England and one back home, while India have two home wins and one in South Africa, coming when the two teams met last in 2003.

How that will impact the current team is difficult to assess, since the two teams haven't met on this stage for 16 years.

New Zealand Cricket Team India vs New Zealand, Match 18 Cricket
Get the latest Cricket news, check out the India cricket schedule, Cricket live score . Like us on Facebook or follow us on Twitter for more sports updates. You can also download the NDTV Cricket app for Android or iOS.