"Share Your Emotions, We Are All Disappointed": Virat Kohli's Message To Fans 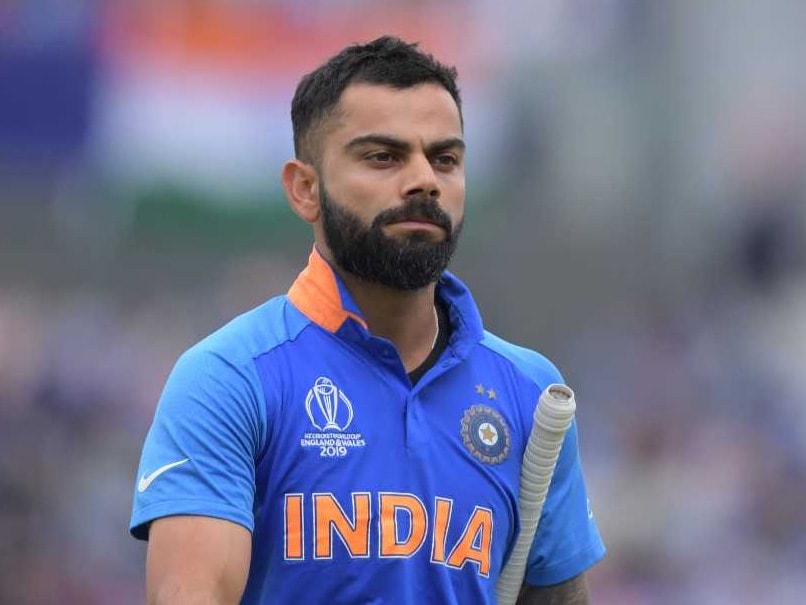 India lost their World Cup semi-final match against New Zealand by 18 runs at Old Trafford in Manchester on Wednesday. The loss brought the curtains down on the two-time World Cup holders' 2019 campaign. The match went on for two days after rain affected the proceedings on Tuesday. Chasing a competitive total of 240 in 50 overs on a slow wicket, India were bowled out for 221 in 49.3 overs. After the loss, India captain Virat Kohli tweeted, thanking fans for their support. Kohli, in his message to the fans, said that "we gave everything we had" and "share the same emotions as you".

Firstly I want to thank all our fans who came in huge numbers to support the team. You made it a memorable tournament for all of us & we definitely felt the love showered upon the team. We are all disappointed & share the same emotions as you. We gave everything we had.Jai hindpic.twitter.com/rFwxiUdqK5

In the post-match press-conference, Kohli had said that shot selection could have been better. He also mentioned that the team is sad but are not devastated by the heartbreaking loss.

"You feel bad for the result. Everyone goes out to win the match and when it doesn't happen, you feel sad. We're sad but not devastated," Virat Kohli said at the post-match press conference.

Virat Kohli lavished praise on the New Zealand bowlers for hitting good line and lengths throughout the course of India's innings.

"Rohit got a good ball and my ball was also decent. Couple of shot selections could've been different. We were confident despite the start we got. But the credit goes to New Zealand's bowlers who kept on hitting the right line and length," Virat added.

Speaking on Rishabh Pant, the India captain insisted that the young wicketkeeper-batsman should be given time.

"He (Pant) is an instinctive player and he did well to form that partnership with Hardik. I made many errors earlier in my career and he is young. He will reflect on it and we've seen glimpses of his talent," Virat Kohli said.

New Zealand will now face the winner of the second semi-final between Australia and England on Thursday in Birmingham in the final at Lord's on July 14.