India vs New Zealand Semifinal: Virat Kohli pointed out how he always saw talent in Kane Williamson. The New Zealand skipper said the Indian skipper has evolved over the years and is an absolute run-machine at present. 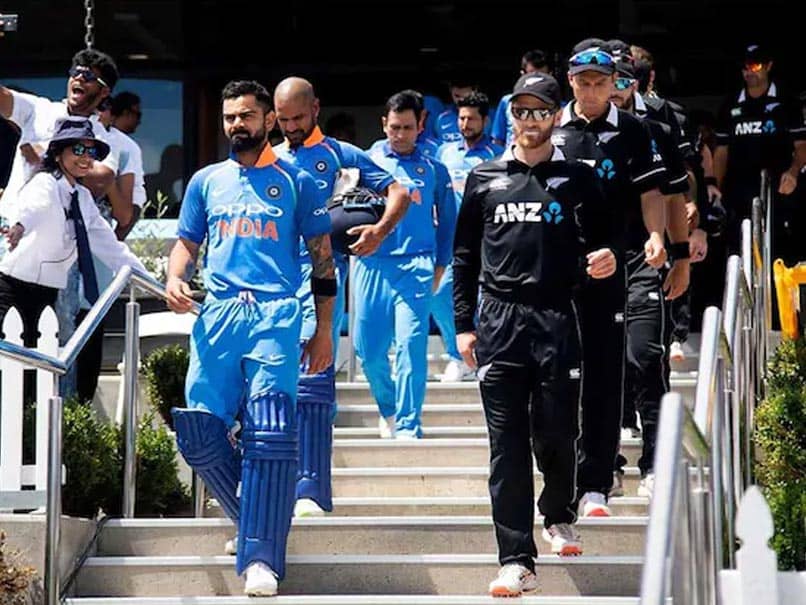 India vs New Zealand Semifinal: Virat Kohli and Kane Williamson have high praise for each other.© AFP

Virat Kohli and New Zealand captain Kane Williamson share mutual admiration for each other since the time they played against each other in an U-19 Test match in 2007. Ahead of World Cup 2019 first semi-final clash between India and New Zealand, Virat Kohli called Kane Williamson "special" while New Zealand skipper termed India captain as a "superstar". The mutual admiration is set to light up the World Cup semi-final in Manchester. Speaking on the eve of the first semi-final of the 2019 World Cup, Virat Kohli was the first one to point out how he always saw talent in Williamson. In fact, even as scribes asked him about playing against Kane Williamson in the U19 World Cup in 2008, the India skipper went back to the 2007 U19 Test match he played against New Zealand to recollect his first memory of the New Zealand skipper.

"It's not even 2008, I remember in 2007, we went to New Zealand and we were playing an U19 Test match and he played a shot off one of our fast bowlers, who was quick, off the back foot and I remember standing in slips and telling guys standing with me, "I have never seen anyone play a shot like that" and he was special, along with a couple more guys, who didn't make it surprisingly.

"But he was always the stand-out player and you could see when we played New Zealand in New Zealand on that U19 tour and the World Cup again, he was quite special for them. So we always knew he has the special ability to go all the way and now he's controlling the tempo of the game for New Zealand. Every game that he plays, he's contributing so well. He is a lovely guy. We get along very well," he pointed.

Williamson too, had some really good things to say when asked about the Indian skipper who has evolved over the years and is an absolute run-machine at present.

"He was a formidable player, growing up -- that seems odd to say because we were at the same age playing against each other on a number of occasions and then to go into international cricket at a youngish age, then IPL and these different sorts of things.

"So it's obviously been a pleasure watching Virat play and evolve into the superstar that he is," he smiled.

As the two captains gear up for one of their biggest challenges in their leadership careers, the act of appreciating genuine talent definitely is one that the future stars would look to imbibe.

Kane Williamson World Cup 2019 India vs New Zealand, 1st Semi Final Cricket
Get the latest updates on IPL 2021, IPL Points Table , IPL Schedule 2021 , live score . Like us on Facebook or follow us on Twitter for more sports updates. You can also download the NDTV Cricket app for Android or iOS.