India vs New Zealand Semi Final Match: While the Indian fast bowlers have been reaping rewards, how the Indian spinners fare in the first semi-final could well be crucial. 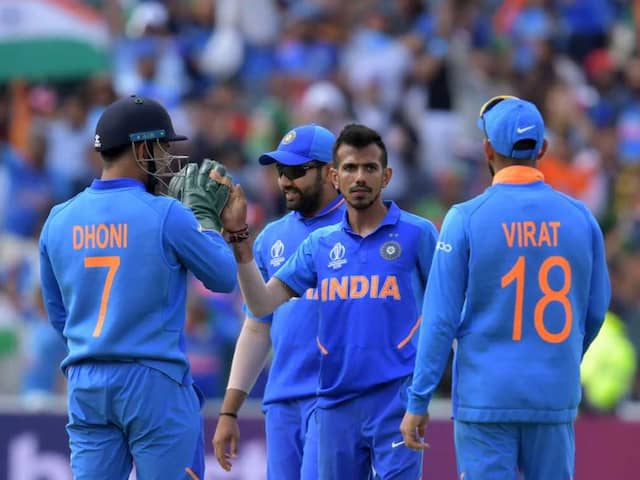 When it comes to keeping runs down in the middle over and also taking vital wickets, the Indian spinners would definitely be expected to deliver. However, with rain predicted to play a part and the wet ground conditions coming into the equation, how India premier spinner, Yuzvendra Chahal, manages to deal with the New Zealand veteran Ross Taylor and other batsmen could well make a telling difference in the result. A mix of a tired pitch and wet conditions will challenge both the players and set up a keen contest.

Ross Taylor has been moderate, at best, in World Cup 2019, with 261 runs in seven innings, which is way less that what New Zealand had hoped for from the veteran, though he still has 261 runs from seven innings.

But with him also likely reaching the end of his World Cup career, the right-hander could well hope to leave with a bang.

Yuzvendra Chahal, on the other hand, has 11 wickets from seven matches with a best of 4/51 against South Africa. He would also have loved better returns but was really carted around by England.

So the World Cup 2019 first semi-final could well be a contest for both the players, who comes up on top could have a telling influence on the outcome of the match.

Old Trafford, Manchester World Cup 2019 India vs New Zealand, 1st Semi Final Cricket
Get the latest Cricket news, check out the India cricket schedule, Cricket live score . Like us on Facebook or follow us on Twitter for more sports updates. You can also download the NDTV Cricket app for Android or iOS.