After India lost the match to England, the hosts toppled Pakistan to regain their fourth position in the points table. 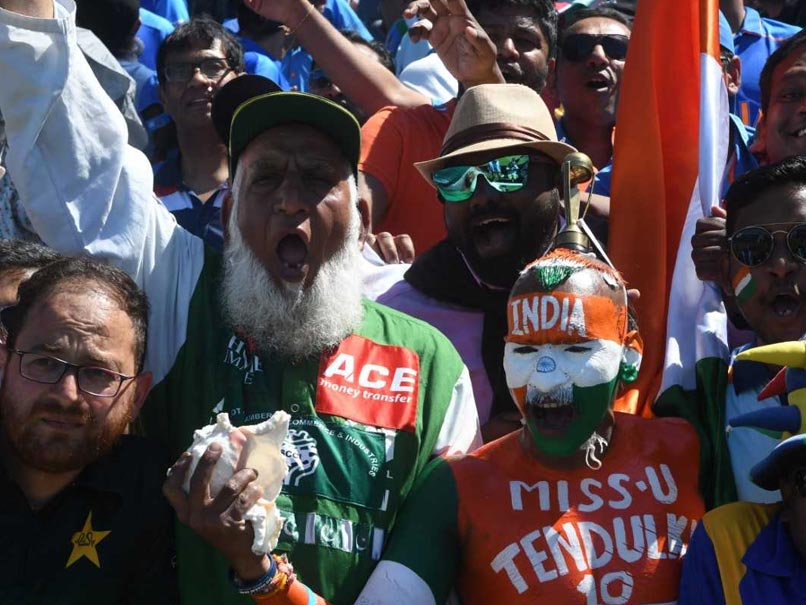 As Pakistan fans were seen supporting India during theirWorld Cup 2019 clash against England on Sunday, former Pakistan pacer Shoaib Akhtar revealed that it was the first time since partition that his country supported India. India's clash against England was a lot more than just a clash between the two teams as the result had the potential of changing other teams' fortune in the World Cup. After India lost the match to England, the latter toppled Pakistan to regain their fourth position in the points table.

"India had five wickets in hands, so I thought they will take chances but they did not. I think India played very slow there. Anyways, it was our desire as Pakistanis and we were supporting India for the first time since partition, but India were unable to win and whosoever had performed from the Indian side, he would have become our hero as well," Akhtar said in a YouTube video.

After opting to bat first, England racked up 337 runs on the scoreboard which they defended easily to secure a 31-run victory over India. Rohit Sharma scored a brilliant century, his third in the edition of the premier tournament. However, Rohit Sharma's 102 and Virat Kohli's 66 was not enough for the Indian side to chase the target.

India's middle order yet again came under immense criticism following their defeat. MS Dhoni was again criticised for his slow-paced inning as he scored 42 runs off 31 deliveries. Although his strike rate was above hundred, it was not enough to help India chase the mammoth target set by the hosts.

Shoaib Akhtar also opined that India's middle order is a concern for the team.

"Now India will have to think about their middle order as they are getting exposed again and again. They are unable to score there and it will be a worrying point for India in the coming days," he said.

Pakistan Cricket Team Shoaib Akhtar England vs India, Match 38 World Cup 2019 Cricket
Get the latest updates on IPL 2021, check out the IPL 2021 Schedule and Indian Premier League Live Score . Like us on Facebook or follow us on Twitter for more sports updates. You can also download the NDTV Cricket app for Android or iOS.