Dinesh Karthik was a part of India's World Cup squad in 2007 but didn't get a game. 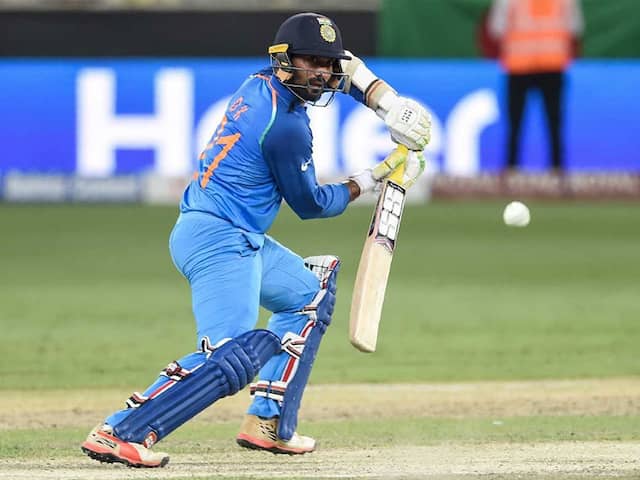 Dinesh Karthik was rewarded for his patience as he made his maiden World Cup appearance in the India vs Bangladesh match at the Edgbaston in Birmingham on Tuesday, 15 years after making his One-day International (ODI) debut. Wicketkeeper-batsman Dinesh Karthik, who was a part of India's World Cup squad in 2007, was included in the playing XI against Bangladesh as a replacement of the underperforming Kedar Jadhav. Fast bowler Bhuvneshwar Kumar, who missed out the previous matches due to an injury, was also included in India's XI against Bangladesh, replacing wrist-spinner Kuldeep Yadav.

Karthik's last ODI appearance came against New Zealand in January 2019, where he scored a duck. He, however, had a decent IPL season, scoring 253 runs at an average over 31.

In ODIs, Karthik averages 31.03 from 91 matches, with nine half-centuries to his name.

Bangladesh also made two changes to their playing XI, replacing Mehidy Hasan and Mahmudullah with Rubel Hossain and Sabbir Rahman.

A win for India against Bangladesh will secure them a World Cup 2019 semi-final berth.