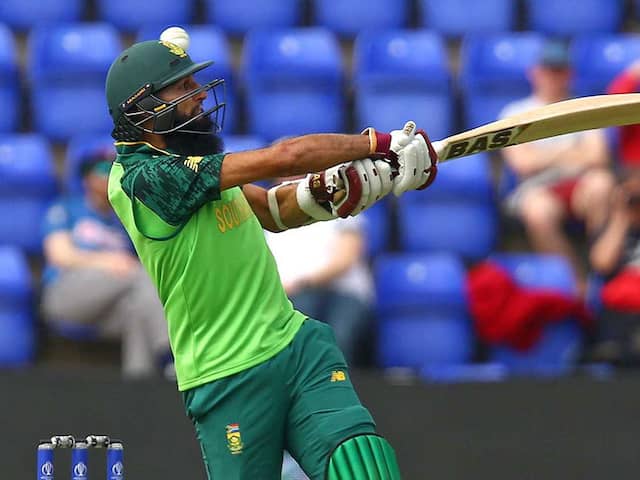 World Cup warm-up matches between South Africa and West Indies and Pakistan and Bangladesh were both abandoned due to rain on Sunday. In Bristol, South Africa had reached 55/0 before play was halted for the first time as rain began to fall. Although there were two more brief interludes when play was able to resume, the match was eventually called off just after 1500 GMT. South Africa had scored 95/0 in 12.4 overs, with Hashim Amla making 51 and Quinton de Kock 37.

In the other warm-up game, Pakistan against Bangladesh in Cardiff was abandoned without a ball being bowled.

The bad weather was frustrating for South Africa, who are scheduled to play hosts England in the World Cup's opening match at the Oval on Thursday.

West Indies begin their campaign against Pakistan at Trent Bridge on Friday.

Bangladesh's first match is against South Africa at the Oval on June 2.

Quinton de Kock World Cup 2019 Cricket
Get the latest Cricket news, check out the India cricket schedule, Cricket live score . Like us on Facebook or follow us on Twitter for more sports updates. You can also download the NDTV Cricket app for Android or iOS.