De Grandhomme supported Williamson well with a gutsy 47-ball 60, which was studded with five fours and two sixes and also proved his mettle with the ball as he returned with highly economical figures of 1/33 in his 10 overs. 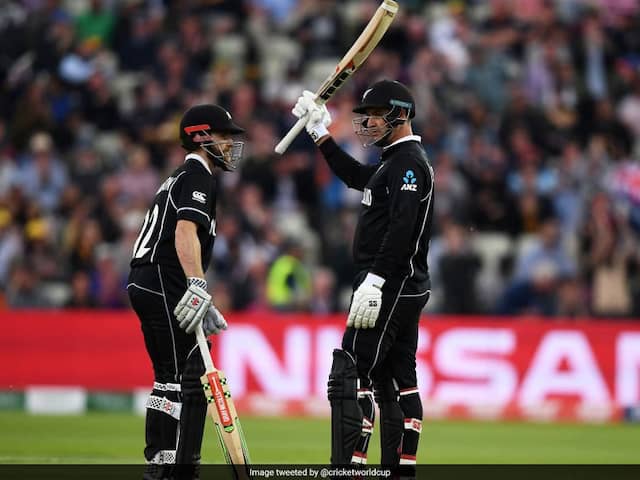 New Zealand skipper Kane Williamson, terming Colin de Grandhomme as New Zealand's x-factor, said that the all-rounder was the standout performer for the the team in its four-wicket win over South Africa on Wednesday. Kane Williamson played the captain's knock to guide his team to the victory in a tense World Cup encounter. Williamson remained not out at 106 and made sure the New Zealand chase down 242-run target on Wednesday without much hiccups. His innings was decorated with nine fours and a six as New Zealand saw off stiff resistance from South Africa to win with three balls to spare.

De Grandhomme was the star performer for New Zealand as he supported Williamson with a gutsy 47-ball 60 that was studded with five fours and two sixes.

Apart from sharing a match-winning 91-run stand for the sixth-wicket with Williamson, de Grandhomme also proved his mettle with the ball as he returned with highly economical figures of 1/33 in his 10 overs. He picked up the wicket of Aiden Markaram (38) as New Zealand restricted South Africa for 241/6 in their allotted 49 overs.

After the match, Williamson heaped praise on Grandhomme and said, "de Grandhomme for me was the standout with his bowling and the impetus he gave us with the bat in the end".

"He (de Grandhomme) is our x-factor player. He came in and hit the ball beautifully. He played a brilliant knock," he added.

With the win, New Zealand have now moved to the top spot in the points table with nine points from five games. They will next face West Indies on Saturday at the Old Trafford in Manchester.

While, the ghosts of the 2015 World Cup semi-final loss once again came to haunt South Africa as New Zealand yet again finished on the winning side, having chased a target of 242. It was South Africa's fourth loss in six games, having three points and being in eighth position in the 10-team table. South Africa were sloppy in the field and the chances they missed eventually cost them the game at Edgbaston. They are all but out of the competition. They can still make it to the last four but it would take an extraordinary combination of results to see them into the semi-finals from a 10-team round-robin group phase. South Africa will next face Pakistan on Sunday at Lord's in London.

Faf du Plessis World Cup 2019 New Zealand vs South Africa, Match 25 Cricket
Get the latest Cricket news, check out the India cricket schedule, Cricket live score . Like us on Facebook or follow us on Twitter for more sports updates. You can also download the NDTV Cricket app for Android or iOS.