Batting has traditionally been India's strength but their World Cup rivals will also be wary of all-surface pace attack, feels Bhuvneshwar Kumar. 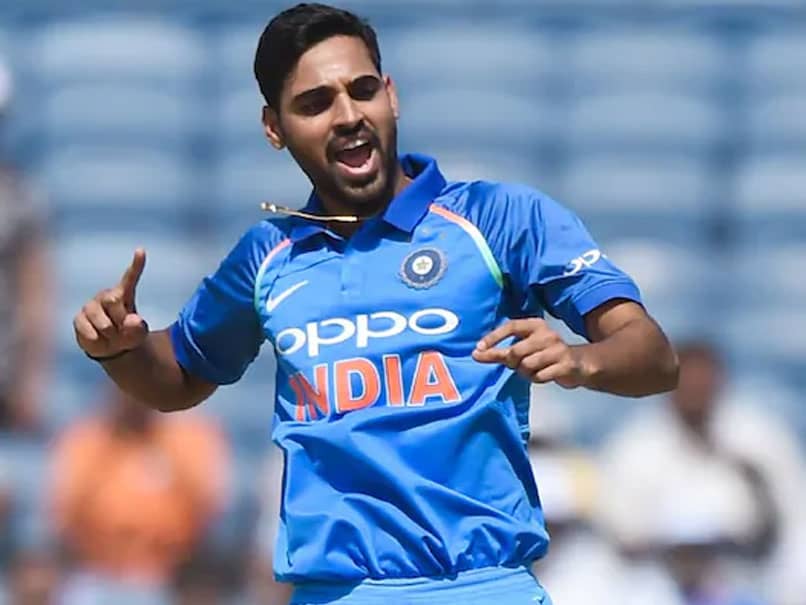 Bhuvneshwar Kumar is looking forward to making the most of the English conditions.© AFP

Bhuvneshwar Kumar, a key cog of India's three-pronged pace attack in the 15-member World Cup 2019 squad, has issued a warning to Team India rivals ahead of the ICC mega event, starting on May 30 in England and Wales. The 29-year-old was also a part of India's 2015 World Cup squad that reached the semi-finals where they lost to Australia by 95 runs in Sydney. Ever since, Bhuvneshwar Kumar claims he has improved "fitness-wise" and developed "pace and variations" in his bowling.

"There has definitely been an improvement in my bowling in terms of pace and variations like the slower ball and knuckle-ball. To add to that, I have improved fitness-wise," Bhuvneshwar Kumar told The Times of India in an interview.

Batting has traditionally been India's strength but their World Cup 2019 rivals will also be wary of their all-surface pace attack, believes Bhuvneshwar.

Bhuvneshwar's ability to move the ball offsets his lack of pace and like any other swing bowler, he is looking forward to making the most of the English conditions that encourage his craft.

"I agree that pitches in England in the last few years have been flat, but teams will be wary of India's bowling unit since we can be potent both at the start and at the death," he said.

"It will all boil down to how we execute the plans on the given day."

A fitter Shami has emerged as a strike bowler while Bumrah is currently the top ranked ODI bowler famed for his yorkers and death-overs mastery.

Pundits believe skipper Virat Kohli is blessed to have at his disposal arguably the best ever Indian pace attack but Bhuvneshwar Kumar is keener to talk about their versatility.

"I don't want to comment on whether we are the best or not because our performance in the field is what will define our attack," said the bowler from Meerut.

"Our performances over the last few years speak for us. The Indian bowling attack has grown from strength to strength.

"Today we can say that our pace attack can make an impact on any surface."

The 1983 and 2011 champions begin their World Cup campaign against South Africa in Southampton on June 5.

Virat Kohli World Cup 2019 Cricket
Get the latest updates on India vs England Series, India vs England , live score and IPL 2021 Auction . Like us on Facebook or follow us on Twitter for more sports updates. You can also download the NDTV Cricket app for Android or iOS.