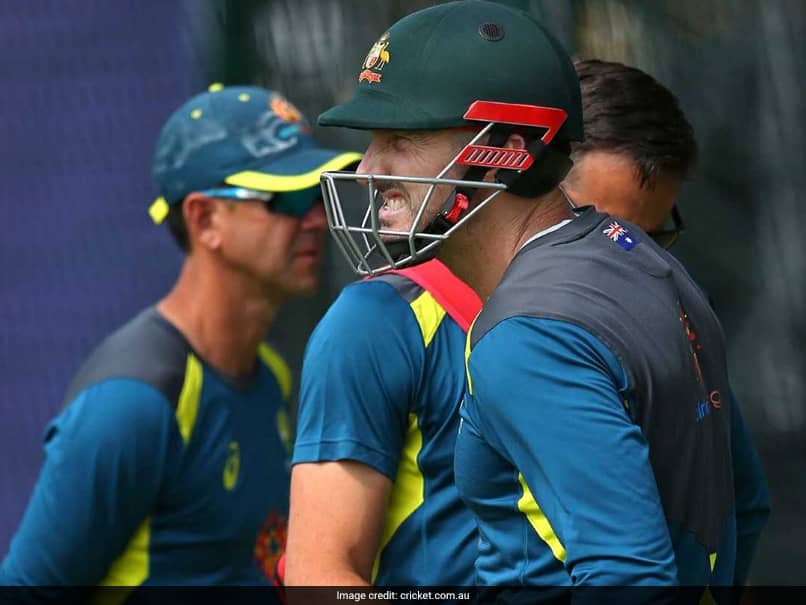 Australia batsman Shaun Marsh, who had made only two appearances in the World Cup 2019, has been ruled out of the remainder of the tournament after suffering a broken arm while batting in the nets against team-mate Pat Cummins. Shaun Marsh, who struggled to make his mark in the World Cup 2019, will be replaced by Peter Handscomb. The International Cricket Council (ICC) confirmed Marsh's exit from the World Cup in a statement, saying its event technical committee had approved Handscomb as a replacement for Marsh for the remainder of the tournament.

No sooner had Maxwell been escorted away by medical staff after going down in pain when a rising delivery from Starc, the tournament's leading wicket-taker, reared up and hit him on the right forearm, than Marsh, batting in the same net, was struck on the wrist by Cummins.

Both players were sent to hospital for scans, with left-hander Marsh subsequently ruled out, although Maxwell has not suffered any serious damage according to Australia coach Justin Langer.

Meanwhile, Langer said it was "shattering news" that Marsh's World Cup was over.

"Shaun Marsh has had scans on his right forearm after being struck while practising in the nets at training today," Langer said.

"Unfortunately, the scans have revealed Shaun has suffered a fracture to his forearm which will require surgery.

"This is obviously shattering news for Shaun and the squad. Throughout this tournament, his spirit, professionalism and the way he has competed has been typically outstanding."

"We are right behind Shaun in his recovery and rehabilitation," the former Australia opener added.

Langer, explaining why Handscomb had been called up, said: "Pete is a like for like player, in terms of batting in the middle order, and he performed very well for us during our recent tours in India and the UAE."

Meanwhile Langer was optimistic about Maxwell, saying: "We are hopeful he will be fit to perform for us on Saturday against South Africa."

Australia have a maximum of three World Cup games left to play, with the South Africa match coming ahead of next week's semi-finals and the final at Lord's on July 14.

Glenn Maxwell World Cup 2019 Cricket
Get the latest updates on India vs England Series, India vs England , live score and IPL 2021 Auction . Like us on Facebook or follow us on Twitter for more sports updates. You can also download the NDTV Cricket app for Android or iOS.