Peter Handscomb was left out of Australia's initial 15-man squad after the return of Steve Smith and David Warner from year-long ball-tampering bans. 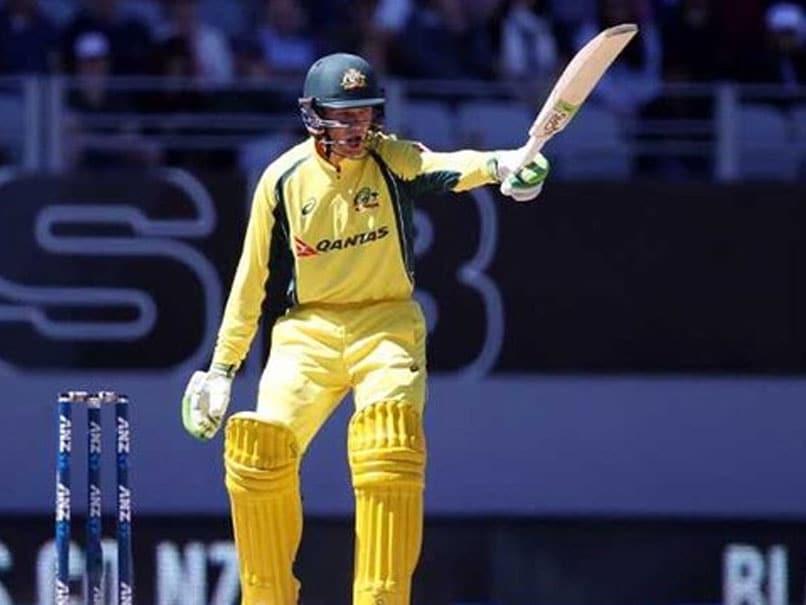 Peter Handscomb was included in as a replacement for injured Shaun Marsh.© AFP

Australia wicketkeeper-batsman Peter Handscomb, who was excluded from Australia's World Cup squad after the return of Steve Smith and David Warner, is all set to make his debut in the ICC showpiece event against England in the second semi-final at Edgbaston on Thursday. Peter Handscomb was included in as a replacement for injured Shaun Marsh. With Usman Khawaja ruled out of the rest of the tournament with a hamstring problem, there is now a batting void that the 28-year old batsman would fill on Thursday. Australia coach Justin Langer confirmed on Tuesday that Peter Handscomb will be picked as the defending champions face hosts England in their Cricket World Cup semi-final in Birmingham.

"He deserves it. He was so unlucky not to be in the initial squad after what he'd done to help us get to that point.

"He's in good form, he's played well for Australia A and gives us that nice balance through the middle order. He's on top of his game."

Langer also confirmed Matthew Wade would come into the squad in place of Khawaja, pending approval from the International Cricket Council's technical committee.

"He'll just come in as the official replacement for Usman Khawaja. Like everyone in the squad there's potential for him to play, definitely," Langer said.

"He's a real seasoned pro and he's had an unbelievable 12 months or so in domestic cricket. With his experience, if he plays, then we're confident he'll do a really good job."

Marcus Stoinis, who has been struggling with a side injury, provided some good news for Australia when he was passed fit to play after a workout in the nets.

Langer also explained why he led Australia's players on a barefoot walkabout at the ground on Monday before the group shared stories on the pitch in a so-called "bonding circle".

"It's a nice thing to do. Haydos (Matthew Hayden) and I used to do it as a bit of a ritual before every Test match," he said.

"If you go back 12 months there wasn't much to be relaxed and chilled about in Australian cricket, was there? We went through a major crisis in our cricket. It didn't just affect our cricket, it affected our country.

"We've got to work hard on being more humble in what we do and being focused on playing good cricket."

Edgbaston, Birmingham World Cup 2019 Australia vs England, 2nd Semi Final Cricket
Get the latest updates on ICC T20 Worldcup 2022, check out the Schedule and Live Score. Like us on Facebook or follow us on Twitter for more sports updates. You can also download the NDTV Cricket app for Android or iOS.