Jhye Richardson picked up the injury during Australia's series against Pakistan in the United Arab Emirates in March. 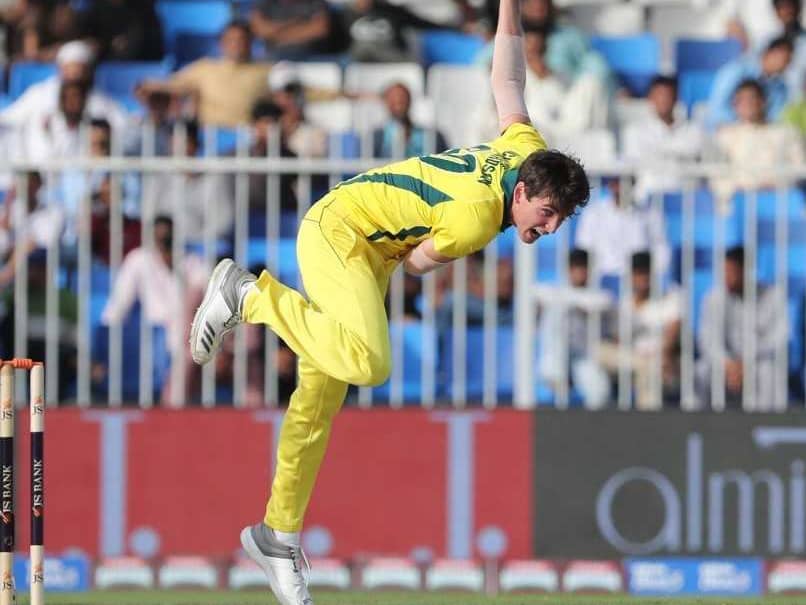 Jhye Richardson was ruled out of the World Cup after failing to recover from a dislocated shoulder.© AFP

Australian fast bowler Jhye Richardson was ruled out of the World Cup Wednesday after failing to recover from a dislocated shoulder, with namesake Kane Richardson replacing him. He picked up the injury during Australia's series against Pakistan in the United Arab Emirates in March, but was included in the squad for the World Cup in England starting later this month. But recent tests showed he would not be ready in time."This is obviously very disappointing news for the team and for Jhye, who has been exceptional throughout his rehabilitation process," said team physiotherapist David Beakley.

"After his most recent assessment and attempting to bowl in the nets, it was clear that Jhye was not progressing as fast as required.

"Therefore, in consultation with selectors, we made the decision to withdraw him from the squad."

Kane Richardson was called up to replace him, with long-time pace spearhead Josh Hazlewood, who has been put of action since January with a back injury, overlooked.

When the squad was announced last month, chief selector Trevor Hohns said the focus was on having Hazlewood ready for the Ashes Test series in England which begins in August.

He was instead named in Australia's one-day A squad, which will play games in England while the World Cup is on.

Kane Richardson World Cup 2019 Cricket
Get the latest updates on India vs Australia Series, check out the India vs Australia Schedule for 2020-21 and Ind vs Aus live score . Like us on Facebook or follow us on Twitter for more sports updates. You can also download the NDTV Cricket app for Android or iOS.