Arjuna Ranatunga doubted that Sri Lanka would even get past the first round of the tournament. 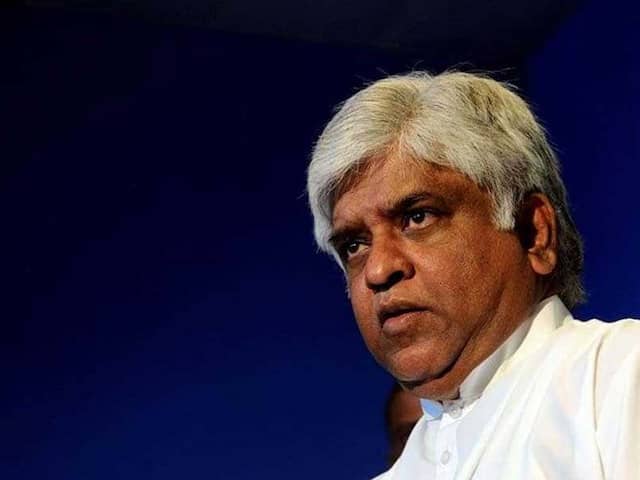 Former Sri Lanka captain Arjuna Ranatunga has predicted that Sri Lanka will fall short at this year's mega event because of corruption by officials and player indiscipline. Ranatunga, who captained the side that won the 1996 World Cup, doubted that Sri Lanka would even get past the first round of the tournament that begins in England on May 30. "There is corruption at the board. Players are demoralised. Players are fighting with each other," said the 55-year-old.

Ranatunga, who is currently Sri Lanka's transport minister, is preparing a new bid to take charge of Sri Lanka Cricket. He told reporters in Colombo that the national cricket board and several unnamed players were responsible for the national team's recent poor performances.

Sri Lanka, who are currently touring Australia, lost the first Test by an innings and 40 runs after losing a two-Test series to New Zealand 1-0. Sri Lanka also lost the three one-day internationals and the one-off T20 match.

"We have to improve player discipline," Ranatunga said amid social media squabbling between T20 captain Lasith Malinga and stand-in captain Thisara Perera. Sri Lanka Cricket has warned both players to quit the personal attacks but the outbursts continue.

However, Ranatunga said Sri Lanka should be better motivated and psychologically prepared for the World Cup. He said he would contest board elections this month on a promise to turnaround the national team.

"There are some players who are not playing for the country but for their own personal gain," Ranatunga said, without naming alleged culprits. "They will be kicked out."

The crisis-ridden governing body is expected to hold elections this month after a nine-month delay following the end of president Thilanga Sumathipala's term last May.

Sri Lanka Cricket Team Cricket World Cup 2019
Get the latest Cricket news, check out the India cricket schedule, Cricket live score . Like us on Facebook or follow us on Twitter for more sports updates. You can also download the NDTV Cricket app for Android or iOS.