Afghanistan vs Sri Lanka: Angelo Mathews, Sri Lanka Player To Watch Out For

Angelo Mathews has been an important member of the Sri Lanka ODI squad for a long time and will be key in World Cup 2019 as well. 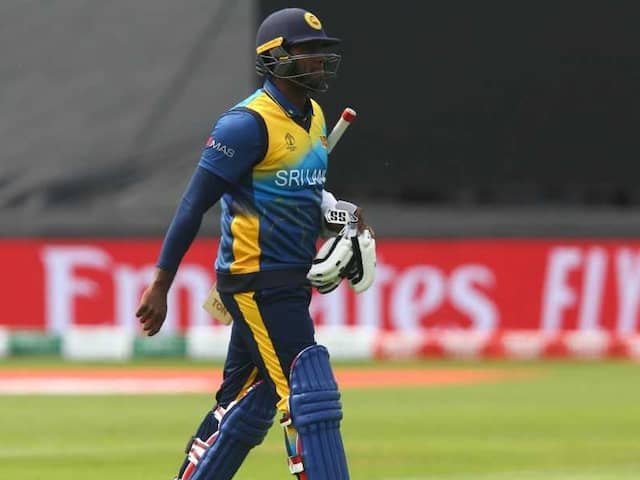 Angelo Mathews is playing now more as a batsman than a bowler.© AFP

Angelo Davis Mathews, along with Lasith Malinga, is among the last of the formidable Sri Lankan cricketers of the early and mid-2000s who had made them such a force in world cricket. Mathews is possibly playing his last World Cup as he lines up for Sri Lanka in World Cup 2019 and his experience will be vital as the team struggles to recover from the 10-wicket hammering they received from New Zealand in their first league game. Sri Lanka now meet Afghanistan in a game they need to win.

Mathews is playing now more as a batsman than a bowler but wasn't much help in the match with New Zealand, departing for a first-ball duck.

Mathews has two centuries and 37 fifties, with 139 not out being his best.

Angelo Mathews Afghanistan vs Sri Lanka, Match 7 Cricket
Get the latest Cricket news, check out the India cricket schedule, Cricket live score . Like us on Facebook or follow us on Twitter for more sports updates. You can also download the NDTV Cricket app for Android or iOS.