Afghanistan will be taking on defending champions Australia in their first World Cup 2019 clash in a lop-sided face-off as both sides would be hoping for the best possible start. 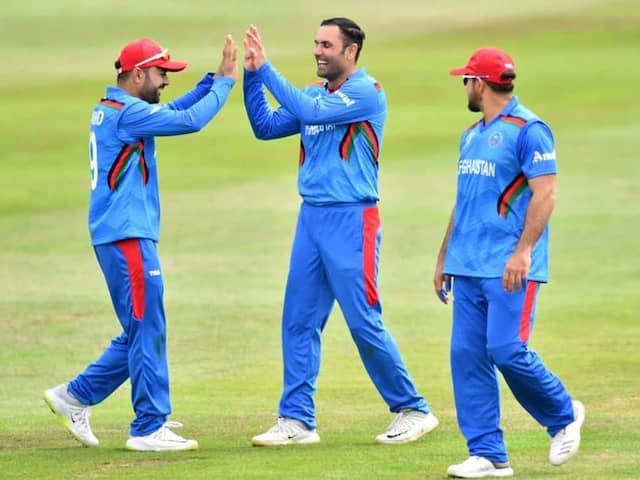 Afghanistan will take on Australia in their very first match of the World Cup 2019.© AFP

Afghanistan will take on Australia in their very first match of the World Cup 2019 and they would be hoping for a great start against the defending champions. Australia, on their part, would be hoping for the professional display against the unpredictable Afghans, whose exuberance has often seen them create trouble for better rated sides. While Australia are being touted only by a few as potential champions, Afghanistan are in it to create as much chaos as they can, and even try to make it to the knockout stages.

The history between the two sides is recent, naturally, since Afghanistan has been a late entrant into the One-day International (ODI) world.

Needless to say, Afghanistan would be keen to post a win against Australia and what better platform than the World Cup 2019.

Australia, one the other hand, would be extremely cautious against Afghanistan, especially since they, like all team, can ill afford a banana skin early in the tournament and would like to gain full points as they begin their title defence.

Australia Cricket Team World Cup 2019 Cricket
Get the latest Cricket news, check out the India cricket schedule, Cricket live score . Like us on Facebook or follow us on Twitter for more sports updates. You can also download the NDTV Cricket app for Android or iOS.