Adam Zampa was heard using abusive language by the umpires during the World Cup 2019 match with the West Indies. 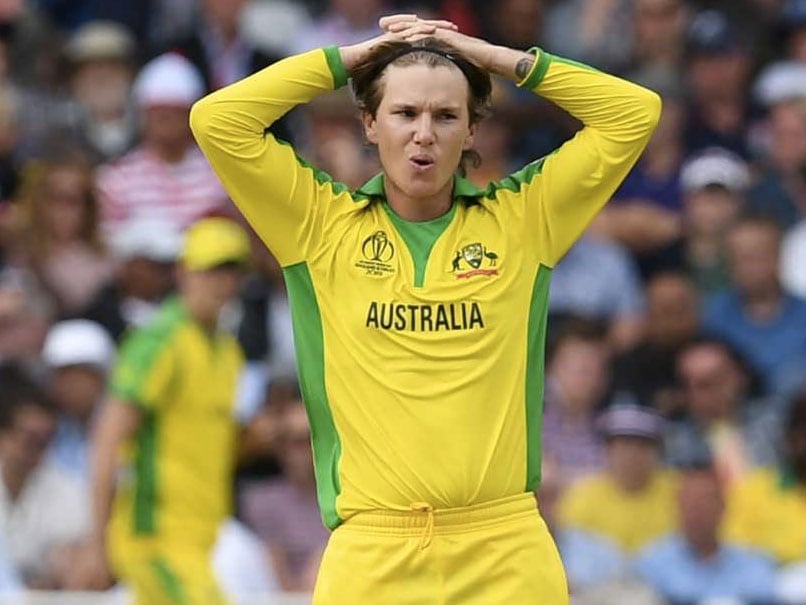 Australia leg-spinner Adam Zampa on Friday was reprimanded for breaching Level 1 of the ICC Code of Conduct during their World Cup 2019 tie against the West Indies at Trent Bridge on Thursday. Zampa was found to have breached Article 2.3 of theICC Code of Conduct for Playersand Player Support Personnel, which relates to using audible obscenities in an international match, a statement said.

Zampa was not only handed a formal warning but one demerit point was also added to his disciplinary record.

The incident occurred at the end of the 29th over of the West Indies innings when Zampa was heard using an audible obscenity by the umpires.

"Zampa admitted the offence and accepted the sanction proposed by Jeff Crowe of the Emirates Elite Panel of ICC Match Referees and, as such, there was no need for a formal hearing," the statement read.

Zampa ended his spell with figures of 1-58 in a hard-fought affair at Trent Bridge. Australia won the game by 15 runsto record their second victory in as many matches after beating Afghanistan in their opening game.

Adam Zampa World Cup 2019 Australia vs West Indies, Match 10 Cricket
Get the latest updates on ICC T20 Worldcup 2022 and CWG 2022 check out the Schedule, Live Score and Medals Tally. Like us on Facebook or follow us on Twitter for more sports updates. You can also download the NDTV Cricket app for Android or iOS.