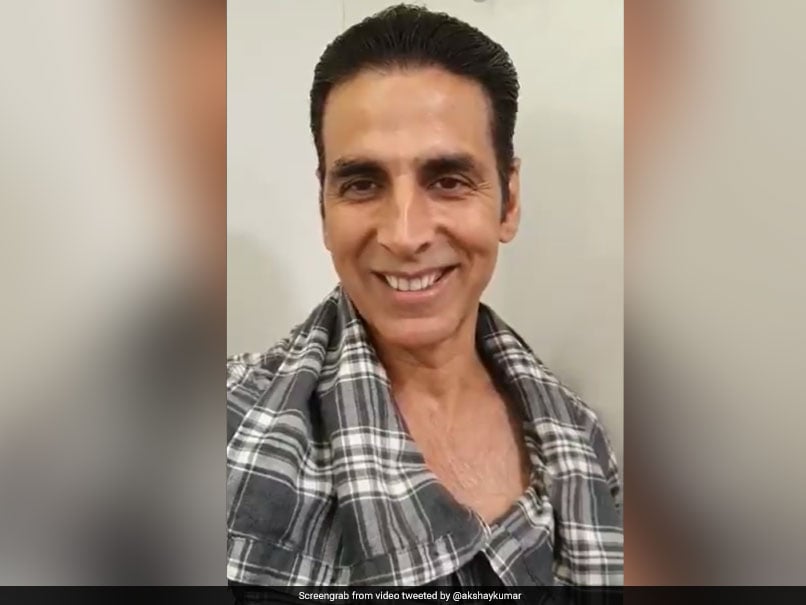 Bollywood actor Akshay Kumar took to Twitter on Sunday to extend his wishes to captain Harmanpreet Kaur and Team India ahead of their Women's T20 World Cupfinal against Australia in Melbourne. In the video, Akshay Kumar wished Harmanpreet, who is celebrating her 31st birthday today, and the team for reaching the final and said that you've already won our hearts, "now go win the world". "Sending my best to the best! @ImHarmanpreet and team, you've already done us proud. All I can say more is Chak de phatte!!! P.S. Harmanpreet, don't forget to have some fun today on your birthday :)," Akshay Kumar captioned the video on Twitter.

Sending my best to the best! @ImHarmanpreet and team, you've already done us proud. All I can say more is Chak de phatte!!!
P.S. Harmanpreet, don't forget to have some fun today on your birthday :) pic.twitter.com/sikiJnsG8j

India will lock horns with four-time world champions Australia in the Women's T20 World Cup final at the iconic Melbourne Cricket Ground (MCG) on Sunday. India managed to enter a maiden T20 World Cup final after their semi-final game against England was called off without a ball being bowled in Sydney on Thursday.

Captained by Harmanpreet Kaur, India entered the final as they finished their group on top with four wins in as many games.

The weather also affected the second semi-final between Australia and South Africa, where the hosts won the rain-affected encounter by five runs to seal their sixth consecutive T20 World Cup final.

While rain played spoilsport in Sydney, Melbourne weather is expected to stay clear during the course of the day. According to the weather reports, the conditions will remain 'partly cloudy' but rain will not affect the proceedings during the all-important final.

On Saturday, the International Cricket Council (ICC)  had announced that over 75,000 tickets have been sold for the summit clash between India and Australia.

India will look for an explosive start from their teenage sensation Shafali Verma.

Shafali, 16, has scored runs at a strike rate of over 160 and accumulated 161 runs in four innings in the tournament so far.

With the ball, Poonam Yadav has been the pick of the bowlers for India. She is the joint-highest wicket-taker in the T20 World Cup with nine scalps to her name in just four matches.

Australia Women Harmanpreet Kaur Women's T20 World Cup Cricket India Women vs Australia Women, Final
Get the latest updates on ICC T20 Worldcup 2022 and CWG 2022 check out the Schedule, Live Score and Medals Tally. Like us on Facebook or follow us on Twitter for more sports updates. You can also download the NDTV Cricket app for Android or iOS.