India are high on confidence after successfully defending a small total of 132 against four-time champions Australia in the tournament opener. 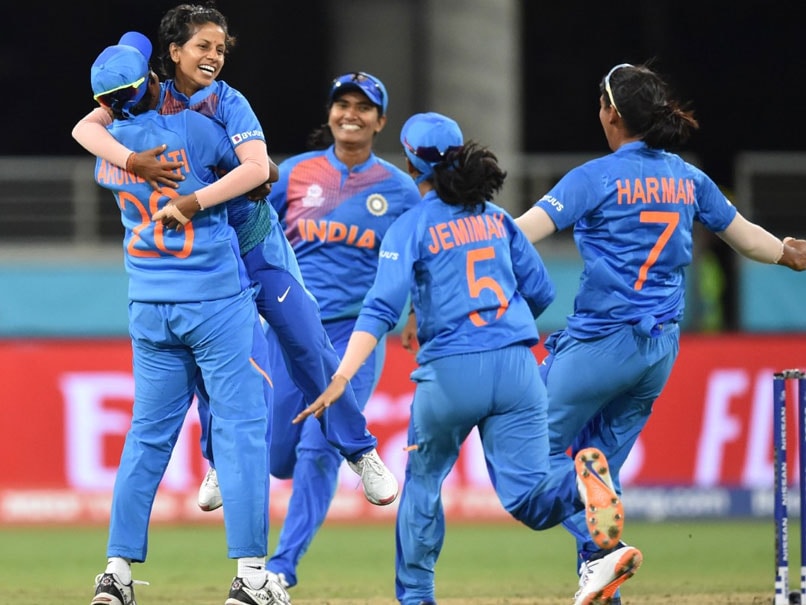 Their confidence on a high after the impressive win over title holders Australia, India will look to carry forward the momentum against a plucky Bangladesh in their second Group A match of the ICC Women's T20 World Cup in Perth on Monday. Leg-spinner Poonam Yadav's magical spell helped India beat Australia by 17 runs in the tournament opener on Friday but the Harmanpreet Kaur-led side can't afford to take Bangladesh lightly as their eastern neighbours had beaten them twice in the 2018 T20 Asia Cup.

Jemimah Rodrigues and 16-year-old promising opener Shafali Verma, who hit a typically aggressive 29 off 15 balls against Australia, were not a part of that Asia Cup team and the duo will need to play crucial roles if India want to beat Bangladesh.

In the last five meetings between the two sides, India lead 3-2 on head-to-head record and a win on Monday will take them closer to the knock-out rounds from the five-team group.

India will, however, need to improve their batting performance as they scored a below par 132 against Australia.

Since the tri-series preceding this World Cup, the Indian batting has been inconsistent and has not posted big totals barring a few matches.

They could have lost the match against Australia also, but for Poonam's (4/19) exploits.

Captain Harmanpreet and opener Smriti Mandhana, who both have done well in the tri-series before this World Cup, contributed little with the bat in the previous match and both will need to fire for India to put up a big total or chase down a target.

Another key middle-order batswoman Deepti Sharma came good against Australia with an unbeaten 49 off 46 balls and she would look to continue her good form.

Medium pacer Shikha Pandey also bowled well against Australia and Harmanpreet is happy that her team is not dependent on a few players only.

"Our team is looking nice, earlier we depended on two-three players, it is no longer that way now," Harmanpreet said.

For Bangladesh, the key players will be all-rounder Jahanara Alam and top-order batswoman Fargana Hoque. The 26-year-old seasoned Hoque has a T20 International hundred to her name. She had played a major role in Bangladesh's group stage win over India in 2018 T20 Asia Cup.

Alam is another key player for Bangladesh and she was a part of the IPL Velocity team under Mithali Raj in India's domestic Women's T20 Challenge tournament in Jaipur last year.

Bangladesh captain Salma Khatun, their most experience player, can also chip in with both bat and ball.

In another Group A match on Monday, Australia will take on Sri Lanka in Perth. Both the teams have lost their opening matches of the tournament. The islanders lost to New Zealand by seven wickets on Saturday.

W.A.C.A. Ground, Perth Women's T20 World Cup Cricket India Women vs Bangladesh Women, Match 6
Get the latest updates on Fifa Worldcup 2022 and check out  Fifa World Cup Schedule, Stats and Live Cricket Score. Like us on Facebook or follow us on Twitter for more sports updates. You can also download the NDTV Cricket app for Android or iOS.