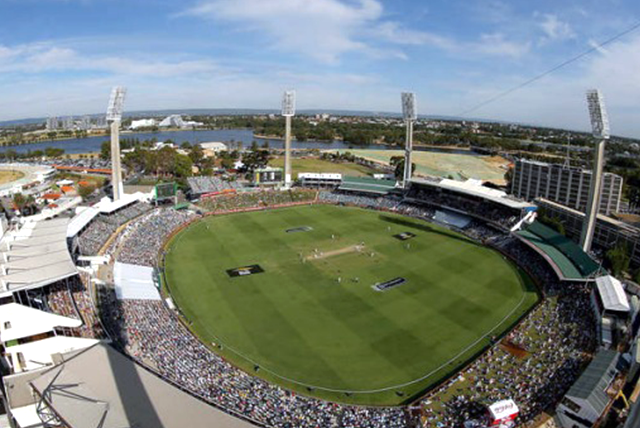 Formerly known as Western Australia Cricket Association Ground it was established in 1890. It hosted its first cricket test between December 11-16, 1970 between Australia and England and its first ODI on December 9, 1980 between India and New Zealand. Transport problems during the 1890’s meant that it was not part of Australia’s main cricketing arenas. Nevertheless, the floodlit stadium makes for a perfect picture. Its redevelopment in 2002 included building a new small grandstand and players’ pavilion, reducing the size of the playing arena, and replacing seats with grass hills on each side and replacing all the seats with new ones. As a result, the permanent capacity of the stadium is 22,000 with the use of temporary stands used for all major events to boost it to 24,500.