Everything was worthwhile by the end, however, with the unity of her Australian team a mentality to behold for the ever-modest Meg Lanning. 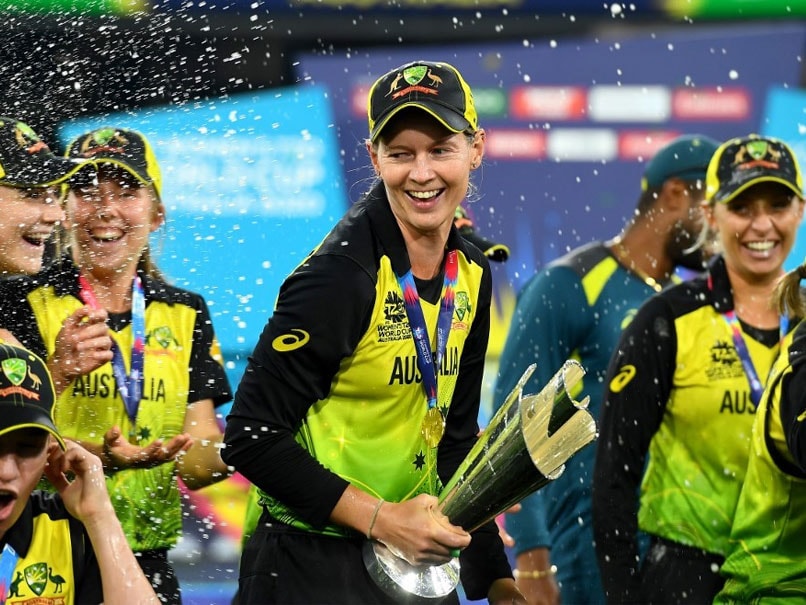 Meg Lanning hailed her perfect day on the cricket field after captaining Australia to their fifth ICC Women's T20 World Cup title. The skipper has been at the helm for many an Australian success but took that to a new level at the MCG, an 85-run victory over India sealing their first crown on home soil. But it was far from an easy journey to the top for Lanning, with a group-stage victory over New Zealand and the semi-final success against South Africa among her most stressful cricket moments.

Everything was worthwhile by the end, however, with the unity of her Australian team a mentality to behold for the ever-modest Lanning.

"There's a lot of pride. This tournament was always going to be massive, we had our ups and downs throughout and everything was thrown at us," she said.

"To be able to come through and have the complete performance on the biggest stage, it's something that's pretty amazing and is testament to the group for delivering on that. The New Zealand game and the semi-final, that's the most nervous and sick I've felt playing cricket."

"To get through that, coming in to the Final, everyone was a little on edge but it just happened. It was just there from the first ball, there's ups and downs throughout but to be able to lead this group is a real privilege - they make my job really easy."

"It's such a great group to be a part of. Everyone rode the bumps, the highs and lows, to finish like this is just incredible."

Such was the magnitude of the Melbourne final, Lanning struggled to settle at all prior to the match. Never before has the women's game seen a crowd comparable to the 86,174 that packed into the MCG, with the International Women's Day occasion one to behold for all involved.

But the 27-year-old was calm when it mattered most - largely thanks to her Australia teammates holding back their own nerves on the big day. It wasn't always that way throughout the competition, admitting that their narrow escape from elimination forced a roller coaster of emotions in front of their home fans.

"This day is incredible, we couldn't have dreamed of this," she added. "When the organisers said they wanted to get that many people for the final, I must admit I was a bit skeptical. But you wanted to be there and be involved. There was such a big build-up, all the outside pressure and expectation - we wanted to come and win this tournament but it was something else."

"The way we were able to react and deal with that was testament to the group - this day is certainly the best of my career so far. With this group of people, the support staff as well, Tayla [Vlaeminck] and Pez [Ellyse Perry] who weren't out there on the field but were as much a part of it, it's such a special group and we really just good mates and love going out there and playing together."

India Women Meg Lanning Women's T20 World Cup Cricket
Get the latest updates on ICC T20 Worldcup 2022 and CWG 2022 check out the Schedule, Live Score and Medals Tally. Like us on Facebook or follow us on Twitter for more sports updates. You can also download the NDTV Cricket app for Android or iOS.