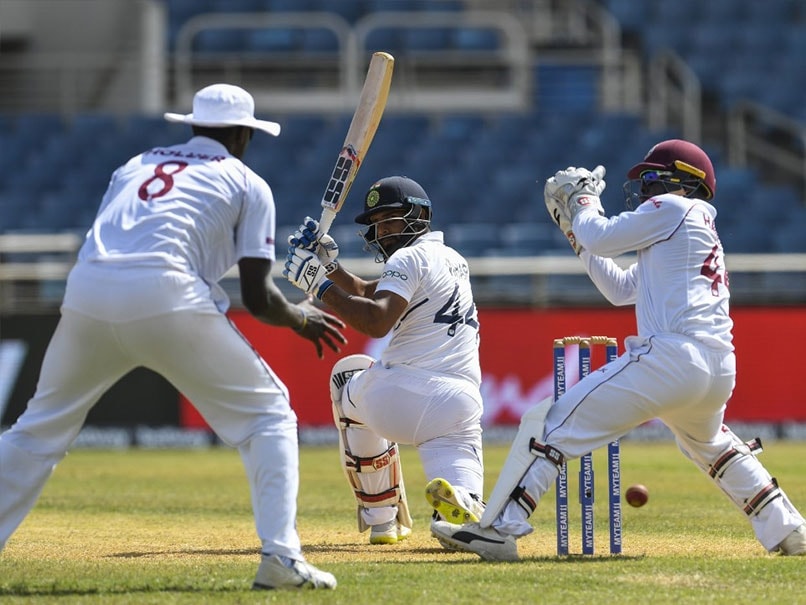 Mohammed Shami and Ishant Sharma took a wicket each later in the day on Sunday as India moved closer to a clean sweep against the West Indies in Jamaica. Earlier, India declared their second innings at 157 for four, setting the hosts a target of 468 runs to win. At Tea on day three, India struggled against top quality fast bowling from the West Indies after not enforcing the follow-on to labour to 73 for four in their second innings. India opted to bat again after bowling out the West Indies for 117 an hour into the morning session despite gaining a massive 299-run lead. The visitors, who made 416 in their first essay, were made to work hard for every run in the second innings on a testing pitch where the West Indian pacers, led Kemar Roach, made the ball talk. India, however, remain on top in the game with a lead of 372 runs. (SCORECARD)