India's selection committee will meet in Mumbai on July 21, to pick the squad for the West Indies tour, starting on August 3. 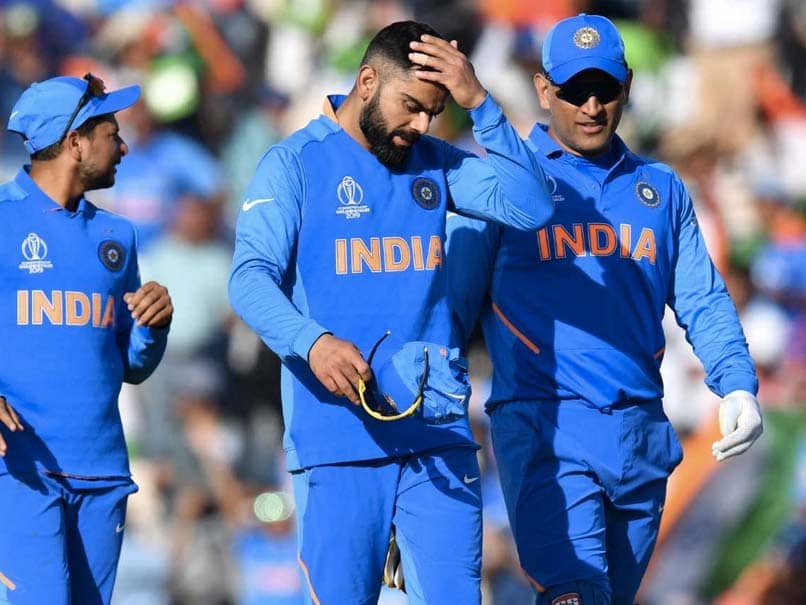 Virat Kohli led India to a semi-final finish at the World Cup 2019.© AFP

Team India's selection committee, led by MSK Prasad, will meet in Mumbai on July 21, to pick the squad for the West Indies tour, starting on August 3. The month-long tour comprises three T20 Internationals, out of which two matches will be played in Florida and one in Guyana, three One-day Internationals and two Test matches. "The All-India Senior Selection Committee will meet in Mumbai on Sunday, July 21, 2019. The committee will pick the Indian Cricket Team for the forthcoming away series against West Indies scheduled to be held from the 3rd August - 3rd September, 2019," the BCCI said in a release on Friday.

The meeting was scheduled for Friday but was postponed following Committee of Administrators' (CoA) directive that the chairman of the panel, instead of BCCI secretary, will convene it.

"There are some legal modalities that need to be followed due to the rule change and it took some time. Also the BCCI's cricket operations team needs to apprise the chairman of the availability of the captain for the meeting. The fitness reports of the players will be available on Saturday evening," a senior BCCI functionary told PTI.

The 38-year old Dhoni, whose finishing abilities with the bat has been on the wane, would be the centre of discussion amid speculation that the former India captain is contemplating retirement even though he hasn't spoken about it till now.

Dhoni's selection or omission would be an indicator of things to come in the future. India are set to play three T20s, as many ODIs and two Tests in a full-fledged tour to the Caribbean islands, starting August 3.

Pant was recently called up as replacement for an injured opener Shikhar Dhawan in World Cup 2019, where India were ousted in the semifinal stage.

MS Dhoni West Indies vs India 2019 Cricket
Get the latest updates on IPL 2021, IPL Points Table , IPL Schedule 2021 , live score . Like us on Facebook or follow us on Twitter for more sports updates. You can also download the NDTV Cricket app for Android or iOS.