The Ashes, England vs Australia, 4th Test: James Anderson Second Only To Sachin Tendulkar In List Of Most Capped Test Players

Australia vs England: England pacer James Anderson surpassed Ricky Ponting and Steve Waugh in the list of most Test matches played when he stepped on to the field for the fourth Ashes Test at the SCG. 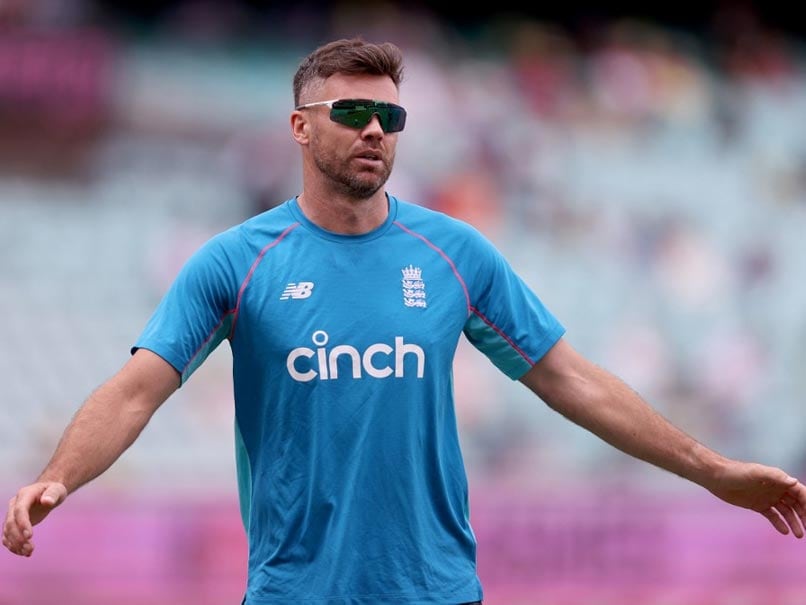 AUS vs ENG: James Anderson became the second player with most caps in history of Test cricket.© AFP

England veteran fast bowler James Anderson created history as he became the second player with most caps in Test cricket when he stepped onto the field for the fourth Ashes Test match at the Sydney Cricket Ground against Australia. Anderson, who had 168 Tests to his name after the first three Ashes games, surpassed the likes of former Australian captains Ricky Ponting and Steve Waugh to stand second in the list of most caps in the longest format. Legendary Indian batter Sachin Tendulkar tops the list with 200 Tests played for the national side.

In 168 Tests (before the ongoing SCG Test), Anderson has 639 wickets to his name which is the most by any fast bowler in the history of the game.

Following closely is England teammate Stuart Broad. Broad has 151 Test caps (including the ongoing SCG Test) and has claimed 527 Test wickets for the national side.

Anderson, who wasn't picked for the first Ashes Test at The Gabba, returned to the side for the next two Tests and the ongoing fourth game at the SCG.

However, England's fortunes didn't change much as they lost the first three games to surrender the series tamely to their arch-rivals.

The visitors lost the first match by nine wickets in Brisbane followed by a 275-run defeat at the Adelaide Oval. They were humiliated in the third Test match played at the Melbourne Cricket Ground by an innings and 14 runs as they lost the three 3-0 with two Tests still to go at that time.

Sachin Tendulkar Ricky Ponting Steve Waugh The Ashes, 2021/22 Cricket
Get the latest updates on Fifa Worldcup 2022 and check out  Fifa World Cup Schedule, Stats and Live Cricket Score. Like us on Facebook or follow us on Twitter for more sports updates. You can also download the NDTV Cricket app for Android or iOS.