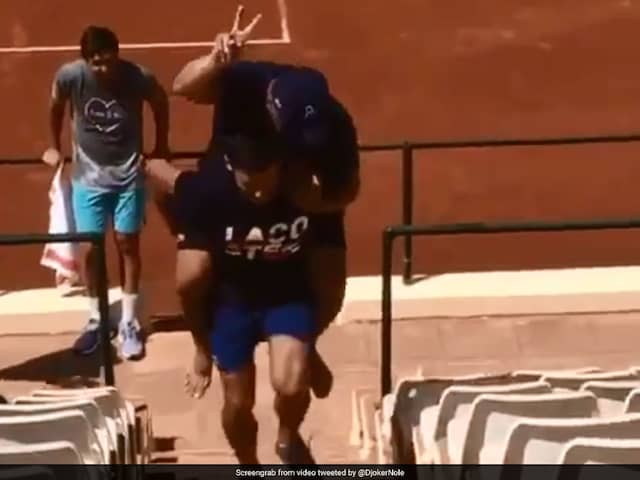 Serbian tennis star Novak Djokovic, who re-united with his former coach Marian Vajda a few months back, was seen undergoing a practice session under the watchful eyes of the former Slovakian tennis player in a recent video posted on social media. After the training, Djokovic carried Vajda on his back and climbed up some stairs, while the coach could be seen laughing and making a peace symbol. Djokovic, who was training for the upcoming Rogers Cup, said, "This is what a Coach-Player relationship looks like in reality ? Vajda is light as a feather ? #TeamDjokovic #Idemooo #RogersCup"

This is what a Coach-Player relationship looks like in reality Vajda is light as a feather #TeamDjokovic #Idemooo #RogersCup pic.twitter.com/jHr52st1bS

Djokovic appointed the pair of Vajda and fitness coach Gebhard Gritsch after axing Andre Agassi and Radek Stepanek, with just six months into their roles.

Vajda and Gritsch, who had earlier helped the Serbian clinch 12 Grand Slam titles, will stay in their roles for a year, as a part of their initial contract.

Djokovic, who clinched the Wimbledon title earlier this year, is currently ranked 10th with 3355 points in the in the ATP world rankings released on Monday. The rankings is led by Spanish star Rafael Nadal and followed by Swiss legend Roger Federer.

The former world number one is now ranked 375 as he continues his comeback from an 11-month injury layoff.

Murray also pulled out of the Rogers Cup in Toronto, though, after winning his last-16 match in Washington DC.