Sumit Nagal made his US Open debut against Roger Federer and managed to take a set off the superstar. 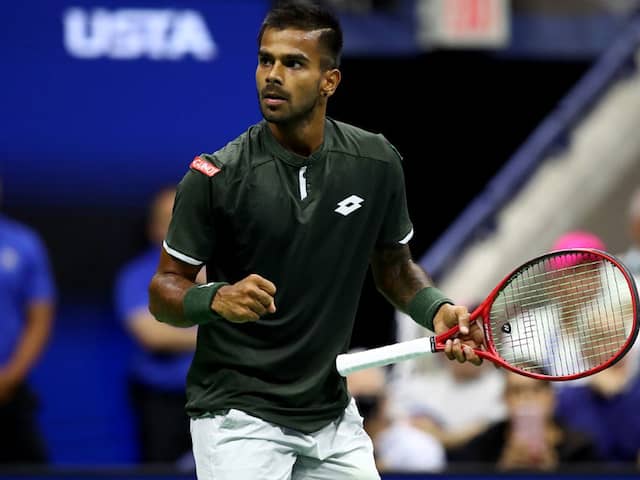 Virat Kohli has led the Indian team to victories on various occasions, but some of his efforts have helped athletes from other sports too achieve their dreams. Indian tennis professional Sumit Nagal, who took social media by storm after he took a set off Swiss legend Roger Federer during a US Open first-round match, revealed how Virat Kohli helped him in a "financial crisis" and enabled him pursue a career in tennis. "Virat Kohli's foundation has been supporting me since 2017. I haven't been performing well for the last two years and was facing a financial crisis. If I didn't have Virat Kohli supporting me, I don't know what I would have done," Sumit Nagal said as quoted by The Times Of India.

Nagal said he had only six dollars in his wallet before he received any help from Kohli. The 22-year-old, who is the youngest Indian to qualify for a Grand Slam main draw in 25 years, count himself "fortunate to get that support" from Kohli.

"Early this year, when I was flying from Canada to Germany after a tournament, I had six dollars in my wallet... just six dollars after the help that I have been getting, so imagine what a mess I must have been before. But I survived, and things are getting better. If people fund athletes, it will only help the sport flourish in the country. I am fortunate to get that support from Virat," Nagal added.

Federer, a five-time champion in New York, produced 19 unforced errors to surprisingly drop the first set against Nagal, a player ranked 190th and without a tour-level win.