"Ready To Cause More Damage": Sumit Nagal After Outing Against Roger Federer

Sumit Nagal said qualifying for a hard court Grand Slam main draw was all the more pleasing because he spent an entire year competing on red dirt. 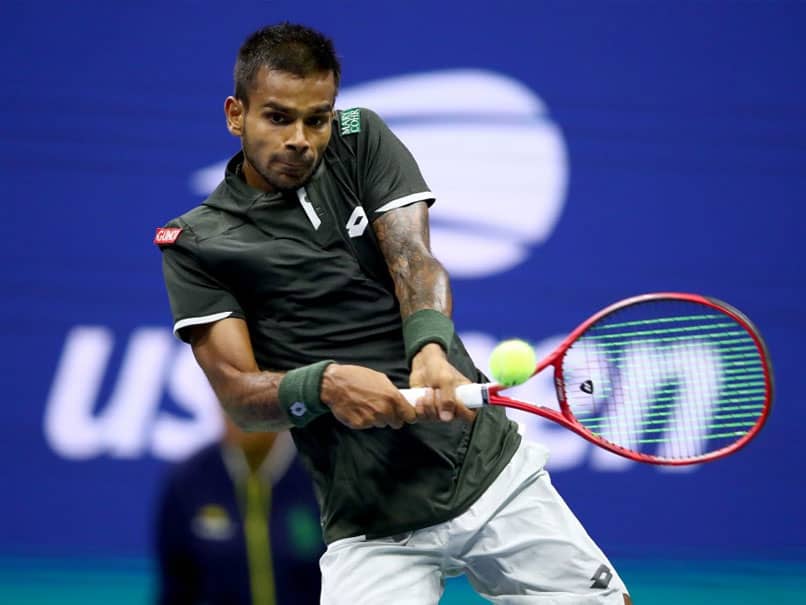 Sumit Nagal said he has learnt a lot by watching Roger Federer from close.© AFP

A bullish Sumit Nagal says he has learnt to control his inner demons and is ready to cause "more damage" on the ATP circuit after a spirited show against Roger Federer on his Grand Slam debut. Nagal - only the fifth Indian player to compete in the singles main draw at a Grand slam in the last two decades - managed to take a set off the Swiss great. The 22-year-old had been in news for wrong reasons in the past but his dream performance at the Flushing Meadows has provided a huge fillip to the game in India.

He was outside the 350-rank bracket in the beginning of the season but has taken long strides since joining Sasha Nensel and Milos Galecic in Paine, Germany.

The Indian said his new team has helped reinvent himself.

"Staying disciplined and listening to people is the change. I have a big problem that I don''t listen sometimes. This is where Milos comes in. He has his own principles, who is hard to work with but he is great to work with," Nagal told PTI from New York in an exclusive interview.

"I am doing my best to do the same thing for hours and hours until I get good at it.

"I enjoy working with them. Understanding my game and how to play points in my favour which is going to make me better player and win more matches, that's is the most important thing about working with Sasha."

Nagal, who struggled with fitness in 2018 and battled a bad shoulder injury, said he is fitter than ever and can genuinely trouble the big names now.

"With Milos it's about being healthy. Fitness part does take time. You don't get it in two months. It takes about a year and you see this the first time I have played almost full year without getting injured.

"It's been amazing. Things are going well. We are ready to do more damage and make more Grand Slam main draws."

Nagal said he has learnt a lot by watching Federer from close.

"I learnt a lot from him last night (Monday), how to carry yourself, how (when) to show emotions, mixing it up.

"It felt amazing, I could not have asked for a better match up on my debut at Grand Slam and on the biggest tennis court I guess. The crowd was amazing, I enjoyed every moment out there," he said.

Nagal is the only Indian player to have take a set from Federer. Somdev Devvarman (in two meetings) and Rohan Bopanna had lost to him in straight sets.

Asked about his exploits in the opening set, Nagal explained, "The key was that I served better than him in the first set, making lot of body serve. I was also sticking to my plan, how to control points and still stay aggressive, that''s why I think I won the first set.

"But things changed in the second and third, he started serving well, took the lead, he got the breaks early, I was always under pressure."

Nagal said qualifying for a hard court Grand Slam main draw was all the more pleasing because he spent an entire year competing on red dirt.

"Everyone is happy that I qualified for the US Open despite not playing on hard courts since my tournament in Chennai in February. So looking at that, I fought well in qualifiers, though I did not play great tennis.

"Sometimes it is not about results but competing and that's what I did I qualifiers. On Monday everyone was sad because I could have done better. I believe I could have taken him deeper."
Since hand-picked by Mahesh Bhupathi from a scouting camp, Nagal has not looked back.

"It's been already 14 years of playing tennis starting from Delhi, going to Banaglore, then moving to Canada, then US a bit, then Germany, Spain and back to Germany. I have enjoyed this and learnt from every place where I trained.

"It made me grow both on and off court."