Naomi Osaka said she will remain a fan of Serena Williams who is chasing a record-equalling 24th major, just a year after giving birth and undergoing four post-natal surgeries. 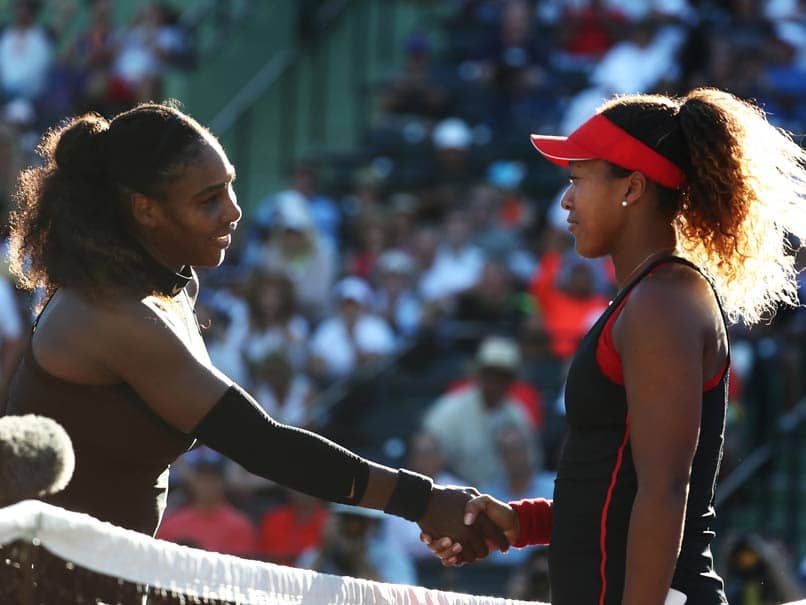 Naomi Osaka told US Open title opponent Serena Williams "I love you" just moments after she became the first Japanese woman to reach a Grand Slam final. The 20-year-old breakout star of the tournament swept into the record books and Saturday's championship match against the 23-time major winner with a 6-2, 6-4 win over Madison Keys, the runner-up in 2017. When asked on court what she told herself as she served for the match, she said: "Don't double fault". "Why," asked the interviewer. "Serena," replied the charismatic Osaka.

Osaka, the 20th seed, has met and defeated Serena once -- at Miami in March.

That win came just a week after she had lifted her first top-level trophy at the prestigious Indian Wells event in California.

Saturday will be the fulfilment of Osaka's childhood dream of facing Serena in a Grand Slam final.

"It still feels a little bit, like, surreal. Even when I was a little kid, I always dreamed that I would play Serena in a final of a Grand Slam," she said.

"Just the fact that it's happening, I'm very happy about it. At the same time I feel like even though I should enjoy this moment, I should still think of it as another match.

"Yeah, I shouldn't really think of her as, like, my idol. I should just try to play her as an opponent."

The contrast on Saturday cannot be greater.

Serena will be playing in her 31st Grand Slam final and ninth at the US Open where she is a six-time champion.

When the American, 16 years her senior, won her first US Open in 1999, Osaka was not yet two years old.

Whatever happens in the final, Osaka said she will remain a fan of the American who is chasing a record-equalling 24th major, just a year after giving birth and undergoing four post-natal surgeries.

"When you just come back and then you make the finals of two slams, I think that's really amazing," added Osaka in reference to Serena's runner-up spot at Wimbledon in July.

"I'm sure that everyone knows that Serena's really good, of course. But I don't want to overthink this match, so I'm not going to think that she's so much better than she was in Miami.

"I'm just going to go out there and play. Since I already know she's a good player, I don't want to be surprised if she plays better or not."

Keys had beaten Osaka three times out of three before Thursday's semi-final but the 14th seed admitted she had been completely over-powered in the semi-final.

"I thought I could get a break but every time she would hit an ace or a big shot," said the 23-year-old who carved out 13 break points which were all saved by the Japanese star.

"It was difficult. You think she's going to let up but she didn't. She was very impressive."

Comments
Topics mentioned in this article
Serena Williams Tennis
Get the latest updates on India vs Australia Series, check out the India vs Australia Schedule for 2020-21 and Ind vs Aus live score . Like us on Facebook or follow us on Twitter for more sports updates. You can also download the NDTV Cricket app for Android or iOS.