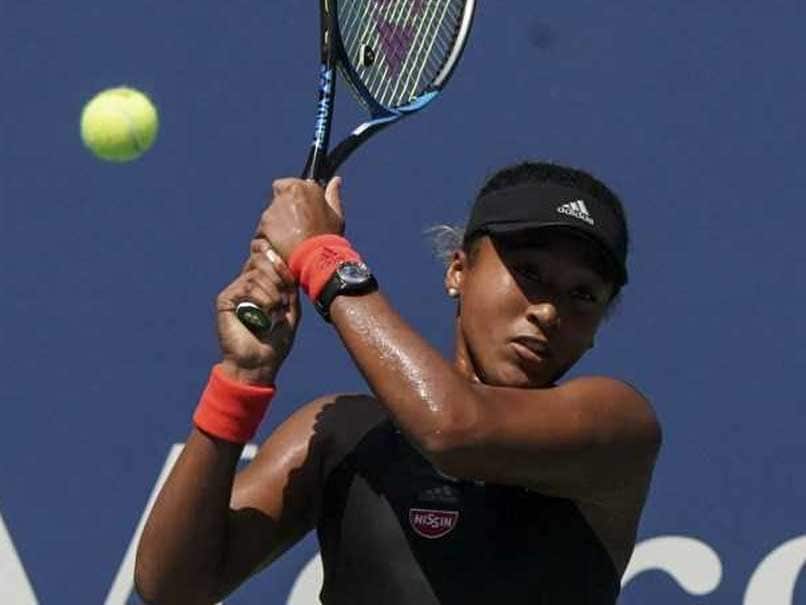 Osaka wasn't born when compatriot Kimiko Date made the Wimbledon semi-finals in 1996.© AFP

Naomi Osaka became the first Japanese woman in 22 years to reach the semi-finals of a Grand Slam on Wednesday when she defeated Lesia Tsurenko 6-1, 6-1 in the last-eight of the US Open, admitting she was "freaking out" inside. Osaka wasn't born when compatriot Kimiko Date made the Wimbledon semi-finals in 1996 but now the 20-year-old has the opportunity to go one better by reaching a maiden Grand Slam final. To get to Saturday's championship match, the 20th seed will have to get past either US 14th seed Madison Keys or Spain's Carla Suarez Navarro.

"It really means a lot," said Osaka whose post-match, on-court interview endeared her further to a growing legion of fans.

"I cried a lot last time and there were lots of people making fun of me. So this time I went straight to the net.

"I was freaking out inside and my whole body was shaking but overall I am most proud of not breaking a racquet."

Osaka, the daughter of a Japanese mother and Haitian father, said she enjoyed playing in the blistering heat of New York which has been such a talking point of the tournament.

"I really don't think it's that hot, sorry. I'm used to Florida heat.

Osaka swept aside 36th-ranked Tsurenko in just 57 minutes as the Ukrainian's challenge fizzled out in a deluge of mistakes.

The 29-year-old, who had knocked out world number two and Australian Open champion Caroline Wozniacki in the second round, hit 31 unforced errors and won just seven points off the Japanese star's serve.

Osaka broke in the second and sixth games of the opening set which was wrapped up in just 24 minutes.

The crisis soon deepened for Tsurenko, who had needed the best part of three hours on Monday to beat Czech teenager Marketa Vondrousova in a match where she almost collapsed due to heat exhaustion.

She was quickly down two more breaks at 4-0 before squandering three break points in the sixth game as Osaka glided into a maiden semi-final at the Slams.

"I hate matches like this," said Tsurenko. "I was ill and woke up with a viral infection.

"I didn't want to pull out as it's a Grand Slam quarter-final but she played well."

Keys, the runner-up to Sloane Stephens last year, takes a 3-0 record over Suarez Navarro into her quarter-final later Wednesday.

Spanish 30th seed Suarez Navarro, playing in her second US Open quarter-final, has made this stage by seeing off French sixth seed Caroline Garcia as well as former champion Maria Sharapova in the fourth round.

Comments
Topics mentioned in this article
Tennis
Get the latest updates on Olympics 2020, Olympics 2020 Medal Tally, Live Cricket Score . Like us on Facebook or follow us on Twitter for more sports updates. You can also download the NDTV Cricket app for Android or iOS.