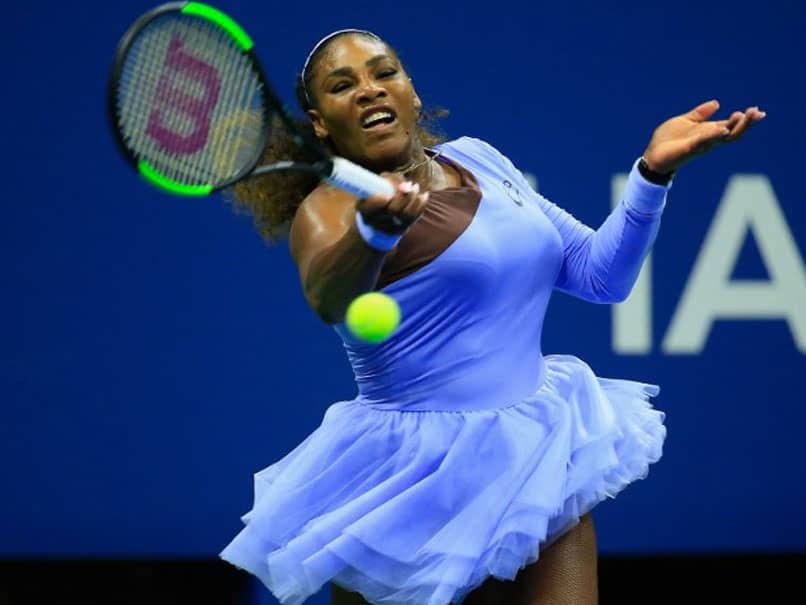 Six-time champion Serena Williams roared into her ninth US Open final on Thursday with an emphatic 6-3, 6-0 victory over Anastasija Sevastova. Serena, seeded 17th as she seeks to add to her 23 Grand Slam titles for the first time since the birth of her daughter Olympia on September 1 of last year, needed just 66 minutes to dispatch the 19th-seeded Latvian, who was playing in her first Grand Slam semi-final. Serena will face Japan's Naomi Osaka for the title on Saturday. Naomi Osaka grabbed a slice of tennis history on Thursday, beating Madison Keys 6-2, 6-4 in the US Open semi-final to become the first Japanese woman to reach a Grand Slam final.

Osaka, a 20-year-old based in Florida who was in the last four of a major for the first time, will face 23-time Grand Slam winner Serena Williams in the championship match on Saturday.

"It's honestly really incredible," Serena said of reaching a second Grand Slam final of the year, after a runner-up finish at Wimbledon.

"A year ago I was fighting for my life in the hospital after I had the baby," added Serena, who battled life threatening blood clots after a difficult delivery.

"Every time I step out on this court I'm so grateful that I have the opportunity to play this sport.

"To come this far so fast .... I'm really looking forward to the possibilities.

As in her semi-final win over Karolina Pliskova, Serena took a while to warm up, dropping her serve in the opening game.

But she was back on terms after a break for 2-2, giving herself a chance with a stinging passing shot and getting the break when Sevastova's attempt at a drop shot from deep in the court failed to make it over the net.

From there Serena was on the attack, winning 24 of 28 points at the net. After breaking again for a 4-2 lead she produced a convincing hold that featured the first of her four aces.

Serving for the first set she opened with a 120 mph (193 Km/h) ace and Sevastova was out of answers.

"I've been working hard on my volleys," Serena said of her aggressive game plan. "I have won a few doubles championships so I know how to volley.

"I just usually come in to shake hands," she quipped. "I wanted to try something different today and it worked in my favor."

Sevastova, who beat defending champion Sloane Stephens to reach the last four, was left regretting "some stupid games from me that I lost".

"How the first set went it affected me in the second a little bit," she said. "I shouldn't have gotten broken twice in the first set -- I had game points in both games."

Once Serena was in front, Sevastova said, there was no stopping her.

"When she's in front it's tough to play," she said. "I tried on her games, but she served well -- when somebody serves 123 miles per hour ace there's not much you can do."

Comments
Topics mentioned in this article
Serena Williams Anastasija Sevastova Tennis
Get the latest updates on India vs Australia Series, check out the India vs Australia Schedule for 2020-21 and Ind vs Aus live score . Like us on Facebook or follow us on Twitter for more sports updates. You can also download the NDTV Cricket app for Android or iOS.