Roger Federer last tested his ability on European dirt at the Rome Masters in 2016, before opting to concentrate on the world's hard surfaces and grass courts. 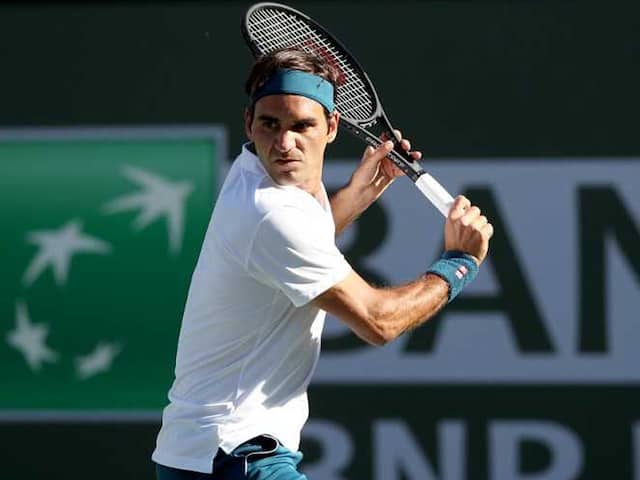 Roger Federer returns to clay court tennis for the first time in three years at Madrid next week.© AFP

Roger Federer returns to clay court tennis for the first time in three years at Madrid next week, admitting it feels like a journey into "no-man's land". The 37-year-old last tested his ability on European dirt at the Rome Masters in 2016, before opting to concentrate on the world's hard surfaces and grass courts which have yielded the majority of his 101 titles. But with his career in its twilight, the Swiss has decided to re-enter a realm of tennis for so long dominated by rival Rafael Nadal -- and Madrid seems the logical venue.

Federer has won two of his 11 clay titles in the Spanish capital where the high altitude helps him negate the traditionally pedestrian pace of the dusty surface.

"I'm very excited. It's a good challenge, a good test. Confidence, I don't know, it's in no-man's land. I have to start from scratch," said Roger Federer after winning his most recent title in Miami.

However, with 11-time French Open winner Nadal in something of a claycourt slump, having been deposed as Barcelona and Monte Carlo champion in recent weeks, Federer saw a glimmer of hope.

That shaft of light brightened when world number one Novak Djokovic exited Monte Carlo in the quarter-finals.

"And he has got used to playing on clay again pretty quickly."

Federer's last clay title was in Istanbul in 2015, the same year which saw his last Roland Garros appearance end with a quarter-final exit at the hands of close friend Stan Wawrinka.

Rome in 2016 witnessed the Swiss star's most recent competitive outing on clay, a straight sets loss to Dominic Thiem in the third round seemingly convincing him that his dirt court career was done.

"I'm not very confident going into this clay court season, I can tell you that -- I don't even remember how to slide anymore," said Federer.

"You know, I'm taking baby steps at this point. To be honest, I didn't play one point -- not one shot on clay last year. Two years ago I played two days.

"Three years ago I played not feeling great in Monaco and Rome and all that. So it's been so little that I really don't know what to expect."

Despite his caution, his longtime rivals are wary of under-estimating the 20-time Grand Slam champion next week.

"Everything is possible for Roger," said world number seven Kei Nishikori who at least can boast winning his only clay court meeting with Federer -- at Madrid in 2013.

"Winning Roland Garros might be tougher for him than winning the Australian Open or Wimbledon, but I'm sure he can do anything if he tries 100 per cent.

"I'm sure Roger can do very well on clay. He's still my idol, he's the best player in history."