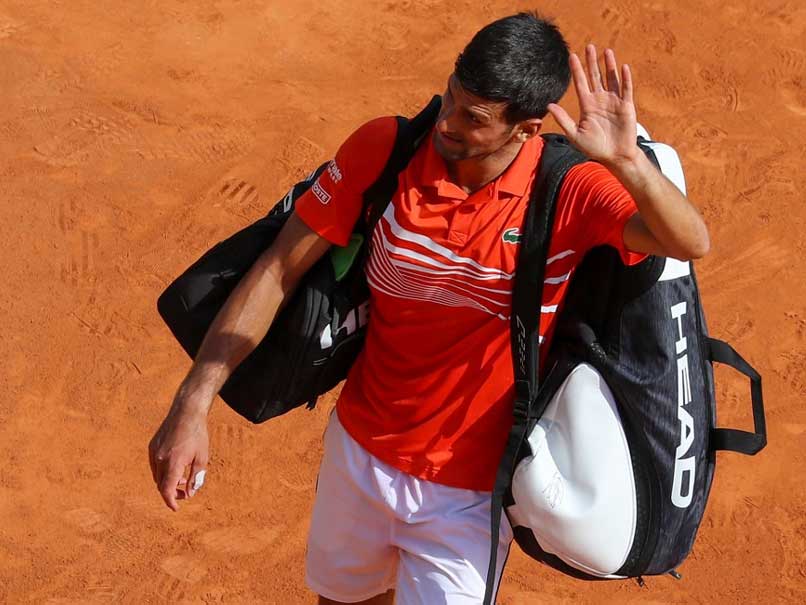 World number one Novak Djokovic was dumped out by Daniil Medvedev in the Monte Carlo Masters.© AFP

World number one Novak Djokovic was dumped out by Daniil Medvedev while Rafael Nadal survived a struggle to reach the semi-finals of the Monte Carlo Masters for the 14th time on Friday. Djokovic, twice a champion in the principality, lost serve five times in a 6-3, 4-6, 6-2 defeat by Russia's 10th seed Medvedev. Nadal, an 11-time winner of the event, rallied from 1-4 down in the opening set before finally overhauling Argentina's Guido Pella 7-6 (7/1), 6-3. The Spaniard will face off in Saturday's semi-finals against Italian Fabio Fognini, who came back to beat Croatia's ninth seed Borna Coric 1-6, 6-3, 6-2.

Nadal stands 11-3 in the series, having won their last six matches.

For Djokovic, who won a record seventh Australian Open title in January, defeat marked another premature exit after he crashed out in the early rounds at Indian Wells and Miami last month.

The Serb, who has won the last three Grand Slam events and could conclude a personal sweep with another title at Roland Garros in June, feels that all he needs is more court time and some extra polish.

"The French Open is the ultimate goal on clay. It's expected in a way for me to peak right at that tournament, because that's what I'm aiming for," Djokovic said.

"This is only the first tournament on clay, and it's a long season. Let's see how it goes.

"Maybe I'm lacking the consistency with the top results in the last couple of years in the best tournaments.

"But I've been playing my best at Grand Slams and that's what I intend to do."

Djokovic was broken three times in the final set, clawing one back but exiting when Medvedev drove a backhand into the far corner on match point.

Nadal toiled away for two hours, 20 minutes to win for the 71st time in 75 matches at the tournament.

"It was a very tough match," Nadal said. "Luckily I was able to come back (from 4-1 down) in the first set. If he had gone 5-1 it may have been almost impossible.

"It was a physically and mentally draining set, especially losing my first three service games.

"I was lucky to escape, I'm happy to be through."

The first set featured eight breaks of serve before Nadal won it in a tiebreaker.

He served for the match leading 5-2 in the second only to drop serve again, but recovered to take the win as Pella double-faulted.

"Reaching the semi-final again means a lot to me, I hope this win will help me."

Medvedev welcomed his defeat of Djokovic after losing in each of his three previous encounters with the Serb.

"This was the best match of my career, maybe not in the level of tennis but in beating the number one for the first time in my life," he said. "It's just amazing."

Medvedev will meet another Serb, Dusan Lajovic, on Saturday for a place in the final after the latter beat Italian qualifier Lorenzo Sonego 6-4, 7-5.

Medvedev totalled less than half of the 47 unforced errors which came off the Djokovic racquet in a three-set tussle in windy conditions.

"Novak played worse here than the times before," Medvedev said. "But I'm also getting more experience.

"I'm making the top guys realise it's not easy to play me."

Novak Djokovic Rafael Nadal Guido Pella Fabio Fognini Tennis
Get the latest updates on IPL Auction 2023 and check out  IPL 2023 and Live Cricket Score. Like us on Facebook or follow us on Twitter for more sports updates. You can also download the NDTV Cricket app for Android or iOS.