Rafael Nadal, a keen golfer himself, expressed nothing but admiration for Tiger Woods, who has fought through at least as many physical challenges as he has himself. 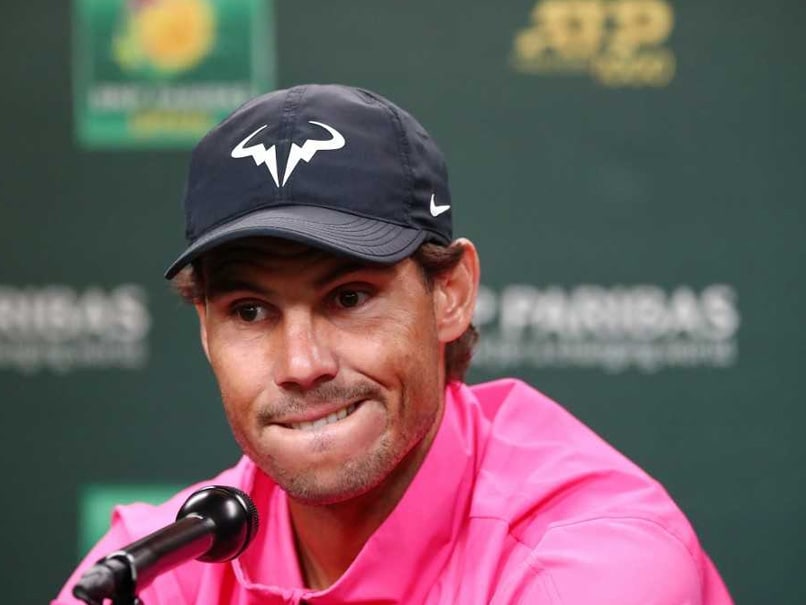 Rafael Nadal could not help but compare his own years of fitness problems to those of Tiger Woods.© AFP

An "emotional" Rafael Nadal on Monday said he watched spellbound as Tiger Woods rolled back the clock to win a fifth Masters title and cap his comeback from back surgery. Spain's world number two, a keen golfer himself, expressed nothing but admiration for Woods, who has fought through at least as many physical challenges as he has himself. "It was amazing," Nadal said as he prepared for his Wednesday start at the Monte Carlo Masters, his first event in a month since withdrawing with knee issues at Indian Wells before a semi-final against Roger Federer.

"I'm a big fan of him. Like I've said hundreds of times, that he's probably my favourite sportsman in the world since a long time ago."

Nadal could not help but compare his own years of fitness problems to those of Woods, who has faced multiple back surgeries and other roadblocks when it looked like his career might be close to ending.

"There have been tough years for him," 17-time Grand Slam winner Nadal said. "I cannot be happier about the victory of yesterday.

"If you imagine all the process and all the hard work that he had to do to be back on a golf course -- all the things that he did...

"And, finally, to win a Grand Slam again, especially in Augusta, probably his favourite one, means everything for him.

"I really know a little bit how hard he worked to be back. I was very emotional yesterday."

Woods claimed a one-shot victory at Augusta on Sunday to win his 15th major title, but first since 2008.

Nadal, a 17-time Grand Slam champion, attended Woods' Hero World Challenge event in the Bahamas in 2017, while the golfing great has watched Nadal play at the US Open on multiple occasions.

Nadal seemed particularly struck by the fact that Woods celebrated his victory with his family on the 18th green.

"The celebration of yesterday when he was walking with the family, was one of the moments that I won't forget."

The 11-time Monte Carlo champion added that his own drive to succeed on court has not diminished despite his history of injuries.

"I never needed an inspiration. I've always been able to come back, it's nothing new for me.

"One day it won't be the same, but what happened during the last year for Tiger is an inspiration for everyone.

"He's a good example of passion for sport... discipline, in terms of hard work... and love for the game."

Comments
Topics mentioned in this article
Rafael Nadal Tiger Woods Tennis
Get the latest updates on IND vs NZ 2021, check out the Schedule and Live Score . Like us on Facebook or follow us on Twitter for more sports updates. You can also download the NDTV Cricket app for Android or iOS.