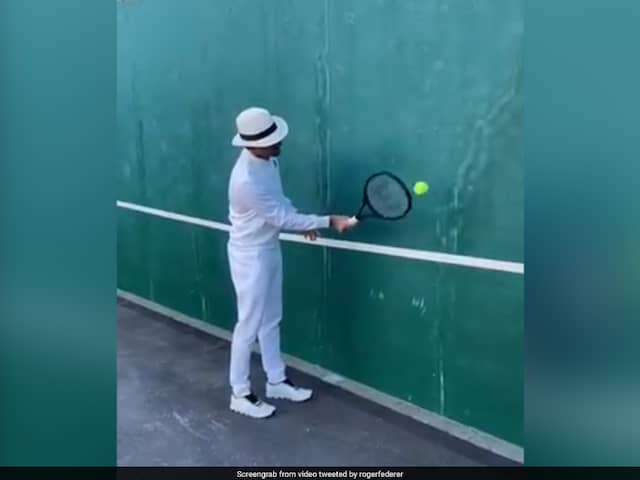 Roger Federer, the Swiss tennis star, has been spending time at home with his family as the world battles against the coronavirus pandemic. Federer has been active on social media for quite a while and has been posting interesting videos for his fans. Recently, Federer took to Twitter and shared an entertaining video where he can be seen hitting the ball against a wall in a solo drill. In his tweet, Federer wrote, "Here's a helpful solo drill. Let's see what you got! Reply back with a video and I'll provide some tips. Choose your hat wisely #tennisathome". In another tweet, the Swiss legend nominated several celebrities, including Indian captain Virat Kohli, to participate in his challenge.

Federer donated one million Swiss Francs to families that are most vulnerable in the fight against coronavirus in Switzerland. The tennis star has been sharpening his tennis skills at home. A few days back, Roger Federer had shared a video of himself where he was seen practicing trick shots against a wall at home as it was snowing in the background.

Coronavirus has affected major Grand Slam tournaments of the year. First, the French opened got postponed to September which was originally supposed to begin from May 26, 2020, and would have gone on till June 9, 2020. Later, it was announced that Wimbledon will not take place this year. The Grand Slam tournament was supposed to begin from June 29,2020.

The fate of the US Open is yet to be seen as there hasn't been any announcement in regards to the postponement of the Grand Slam.