"Stay At Home To Take Care Of Everyone Precious In Your Lives": Anushka Sharma

Anushka Sharma posted a picture of her and Virat Kohli playing Monopoly with family members during the lockdown. 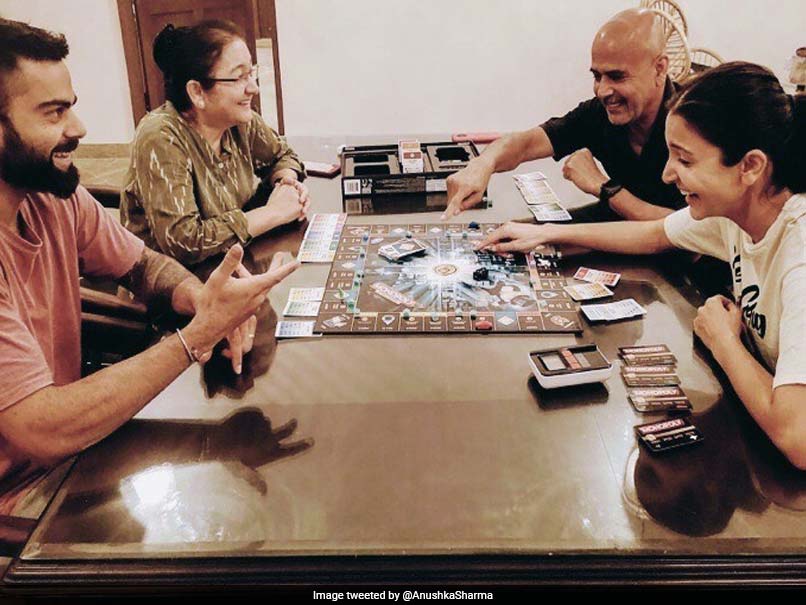 Anushka Sharma and Virat Kohli were enjoying a game of monopoly at home.© Twitter

Virat Kohli and Anushka Sharmahave been vocal in the fight against coronavirus. The couple has often taken to social media in the last few days to urge citizens of the country to follow the guidelines laid out by the government. In a recent post, Anushka Sharma shared a photo alongside Virat Kohli and other family members where the family can be seen enjoying a game of monopoly at home. Anushka also shared a message after the photo in which she says, " It's from our primary caregivers - family that we learn how to tread the journey of life, how to walk, how to eat, how to socialize & then how to face the world". She goes on to add, "Stay at home to take care of everyone precious in your lives".

Anushka ends the post by saying, "It was a super close game of Monopoly and the competitive side of everyone was out there. Any guesses who won?".

Virat Kohli and Anushka Sharma have been spending quality time together during the 21-day lockdown. Kohli has been active on social media and had interacted with Kevin Pietersen last week in an Instagram live session. During his chat with Pietersen, he had revealed that he and his wife Anushka Sharma had never spent so much time together in one place. He added that the couple was enjoying this time with each other.

Kohli's next assignment will be to lead his IPL franchiseRoyal Challengers Bangalorein the upcoming season. However, it will be interesting to see if the BCCI goes ahead with the IPL as coronavirus cases are rising in the country.