Sourav Ganguly was India's representative as ICC Board on Friday discussed various contingency plans for its flagship tournaments, including World T20 and World Test Championship in the wake of Covid-19 pandemic. 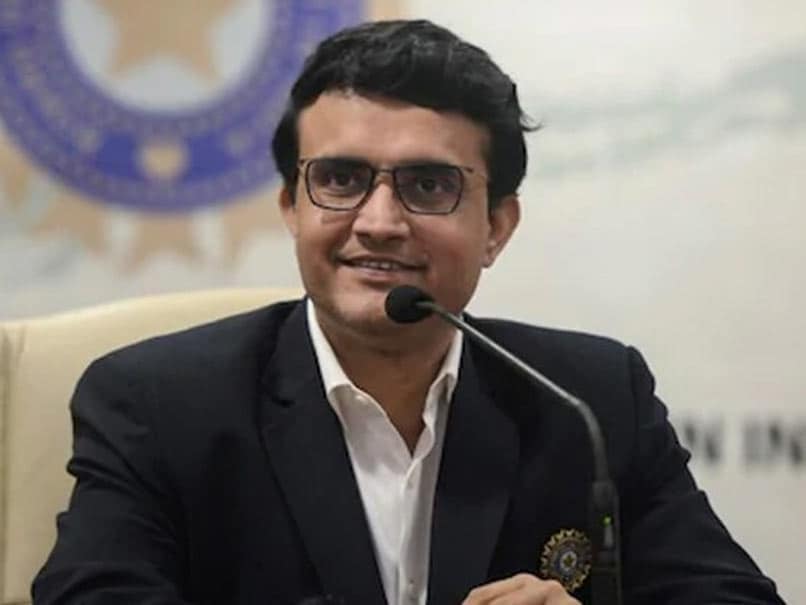 Sourav Ganguly took part in the ICC board meeting that was held via video conference.© AFP

The all-powerful ICC Board on Friday discussed various contingency plans for its flagship tournaments, including World T20 and World Test Championship in the wake of Covid-19 pandemic that has brought cricket to a standstill. BCCI president Sourav Gangulywas India's representative when it was being speculated that a former Board president would attend the meeting, held via video conference.

The sporting world has been under complete lockdown and several bilateral Test series under World Test Championship also run the risk of being cancelled.

"The impact of the pandemic on the sport globally was discussed," an ICC release stated.

ICC Chief Executive Manu Sawhney said, "We continue to undertake a comprehensive business continuity and contingency planning exercise which will allow us to adapt to the rapidly evolving world in which we find ourselves."

While no decisions were taken as any shifting of tournament or change of dates involves gigantic logistical exercise which needs meticulous planning at every stage.

"The ICC management will continue our contingency planning around ICC events and will also work with Members to explore all options available to us based on a range of scenarios connected to the pandemic."

When a Board member was asked what happens if England, which is due to host Pakistan and West Indies at home is unable to do so, he said the matter of points allocation will be referred to the technical committee.

"It can't happen unless an amicable solution is reached. You might have India playing six series and perched at top and England get to play three due to lockdown and tight FTP schedule. You need a solution to distribution of points and matter should be referred to the technical committee," a representative of a member told PTI on conditions of anonymity.

A couple of Board members felt that World T20 in Australia is not under threat as October is still some time away.

"If things are under control from June, we can then work on a specific contingency plan. Right now, ICC would be working on various plans and would come up with their proposals in course of time," the senior official said.

The local organizing committee of Women's World T20 was thanked for conducting a successful tournament.

Comments
Topics mentioned in this article
Sourav Ganguly BCCI International Cricket Council Cricket
Get the latest updates on ICC T20 Worldcup 2022, check out the Schedule and Live Score. Like us on Facebook or follow us on Twitter for more sports updates. You can also download the NDTV Cricket app for Android or iOS.