With the coronavirus pandemic creating havoc around the world, Roger Federer came out to provide support to most vulnerable families in Switzerland. 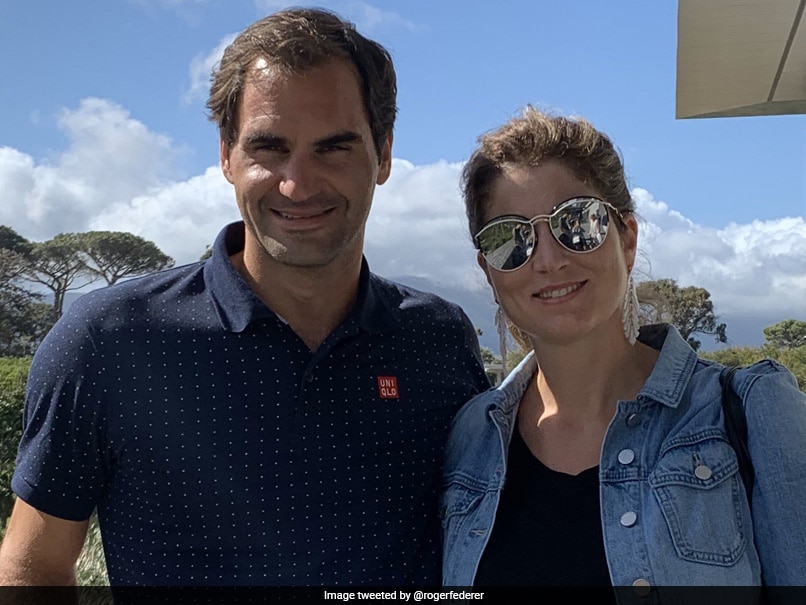 Roger Federer and his wife Mirka have donated one million Swiss Francs.© Twitter@rogerfederer

Tennis star Roger Federer and his wife Mirka have donated one million Swiss Francs to the "most vulnerable families in Switzerland" amid the coronavirus crisis. The couple insisted that "nobody should be left behind" in these challenging times. "These are challenging times for everyone and nobody should be left behind. Mirka and I have personally decided to donate one million Swiss Francs for the most vulnerable families in Switzerland. Our contribution is just a start. We hope that others might join in supporting more families in need. Together we can overcome this crisis! Stay healthy," the 20-time Grand Slam champion tweeted on Wednesday.

The pandemic has led to the postponement or cancellation of sporting events around the world and on Tuesday, it even forced the Tokyo 2020 Olympics to be moved to 2021.

"These postponed Olympic Games will need sacrifices, will need compromises by all of the stakeholders," IOC chief Thomas Bach said on Wednesday, promising "to make the Olympic dreams of athletes come true".

As far as Roger Federer is concerned, he is currently recovering from the knee surgery he underwent in February and was scheduled to make his return during the grass-court season.

The second Grand Slam of the year French Open has been postponed from its May 24-June 7 slot to September 20-October 4.

Moreover, the men's ATP and women's WTA Tours have been suspended until June 7, with rankings frozen.

The finals of the Fed Cup, scheduled for Budapest from April 14-19, have been postponed indefinitely.

Comments
Topics mentioned in this article
Roger Federer Tennis
Get the latest updates on ICC T20 Worldcup 2022 and CWG 2022 check out the Schedule, Live Score and Medals Tally. Like us on Facebook or follow us on Twitter for more sports updates. You can also download the NDTV Cricket app for Android or iOS.