Roger Federer Expects Battle To Get Back To The Top

Roger Federer said that he is excited about his comeback after a long injury lay-off and is expecting an intense battle to return to the top tier. 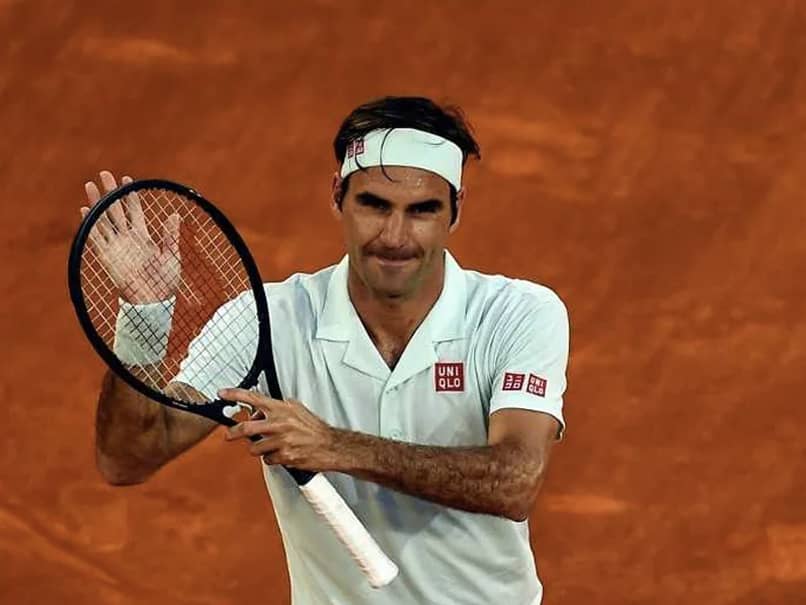 Roger Federer is set to play in the upcoming French Open.© AFP

Roger Federer said Monday he expects to return to the top tier of tennis even though the next generation of players will have gained ground during his lengthy injury lay-off. Federer begins his comeback-proper on Swiss home soil in Geneva on Tuesday, with the 39-year-old tennis legend starting a run of tournaments including the French Open, Halle, Wimbledon and then the Tokyo Olympics. Federer returned to the courts in March, having been out for more than a year following two knee surgeries, winning his first match in Qatar before losing his second.

Doha was his first appearance since January 2020 and an Australian Open semi-final defeat to Novak Djokovic.

"I'm just concerned about where my game is at. The guys on tour are all in a good rhythm. The level that everybody is producing in great. I want to achieve that as well again," Federer told reporters.

His old rivals Djokovic and Rafael Nadal played out a two-hour 49-minute final in Rome on Sunday, with Nadal claiming a 7-5, 1-6, 6-3 victory to match the Serbian world number one's record of 36 Masters 1000 series titles.

"I'm excited about the comeback, that's what my focus needs to be on and not about trying to be at the same level as Rafa and Novak right now," Federer said.

But the 20-time Grand Slam title winner added, "I believe I will be part of the top tier."

Federer said he was impressed by the level of tennis on show during his absence from the tour.

He said the so-called "Next Generation" of players such as Stefanos Tsitsipas, Andrey Rublev, Alexander Zverev and Daniil Medvedev plus 2020 US Open winner Dominic Thiem would all prove a much tougher challenge now.

"One thing is for sure, I would expect that the generation of Tsitsipas, Zverev, Rublev, Medvedev have all again gotten better naturally because they have more experience," he said.

"Dominic won a Slam in the meantime. Rafa, Novak are still where they are. You would think that the game has improved again," he added.

"For me, that's going to be an extra challenge, extra hard for me to find that level, but I guess I knew from the get-go it was never going to be simple, regardless of whether I was going to be out for three months or almost a year and a half," Federer said.

The Geneva clay court tournament should test what sort of shape Federer is in ahead of the May 30-June 13 French Open before he targets his two major goals, a ninth Wimbledon title and a singles gold medal at the Tokyo Games.

Top seed Federer received a bye into the second round and will play his first match on Tuesday, against either Australia's Jordan Thompson or Spain's Pablo Andujar.

"At the moment I am healthy and able to get matches again under my belt, getting used to being out on court, serving for hours and then recovering and doing the same thing again, that will all just increase my confidence," said the former world number one, now eighth in the rankings.

"I feel really comfortable with Geneva, Paris, Halle, Wimbledon and I think it's a good schedule for me to come back this way," he added.

Federer said it would take him 10 matches or so to be able to assess where he is at on his bid to return to the top of his sport.

But he accepted, "There are question marks around my level right now."